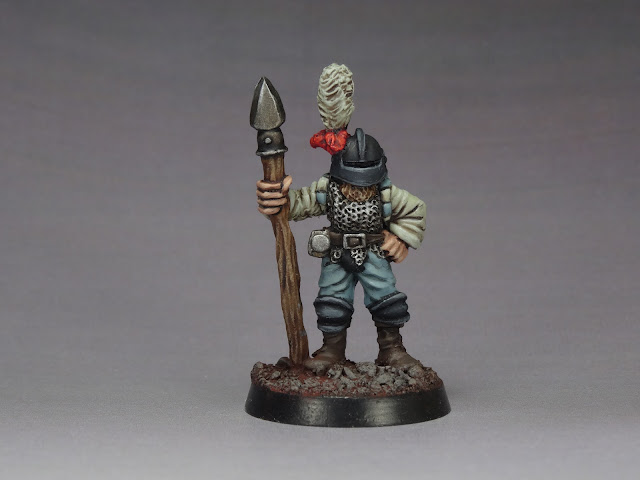 So after painting one the rarest ork in the world (Tribute), I could only try and paint some even rarer model and what more iconic and elusive model than the nuln spearman ?
You've probably heard about it and know its legendary status as the simplest and yet most unachievable models to come by.

If you don't, well he was just your average C-series fighter back then, released amongst models you can very easily get :

But he never actualy made it into general production and a mere listing on ebay is enough to make the usual old school pages foaming and wondering.
And I like that all the rawkus is about one of the most simple models of the range !

Now of course I still have both kidneys and had to go with a resculpt proxy but I have to say this guy was pretty close to the original because painting it made me feel like painting the other fighters of the range so something must have been done right ! 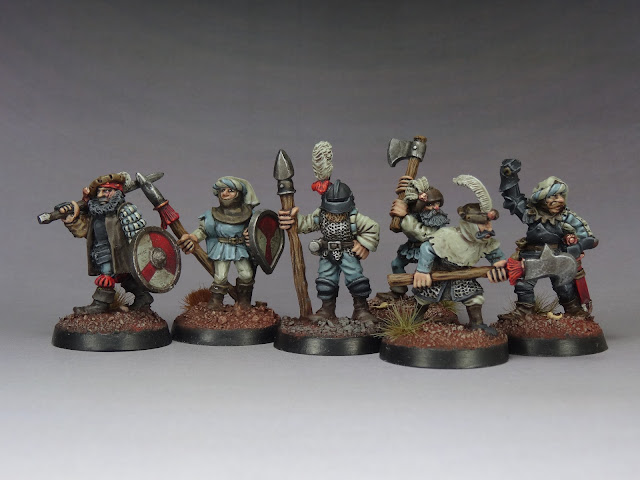 Now with 15 members I guess this band has pretty much every option ticked and I have to say those fancy shirts are a little tiring...
BUT...
With the new list for free people released in the WD, I reckon I could do with a few dwarves to broaden the racial span of the band (and to get a little more firepower MWAHAHAHA) so who knows what's next for those ?