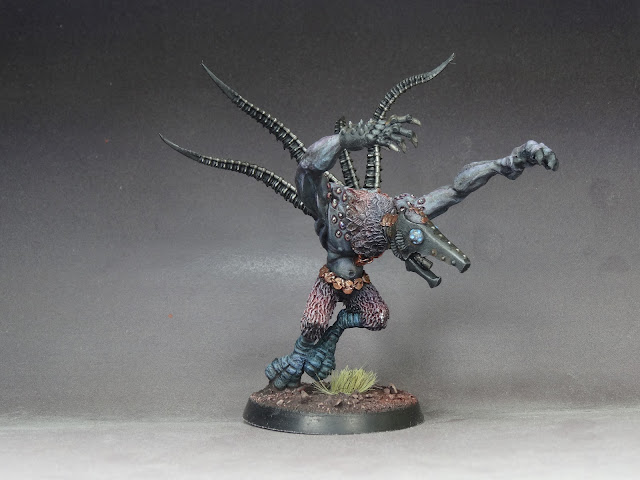 Alright so a few days ago, one of my fellow hobbyists Mus submitted amongst plenty other things that we do a little group challenge and each paint a greater demon.
That's of course a brilliant idea in itself but it inrigued me even more because of this : 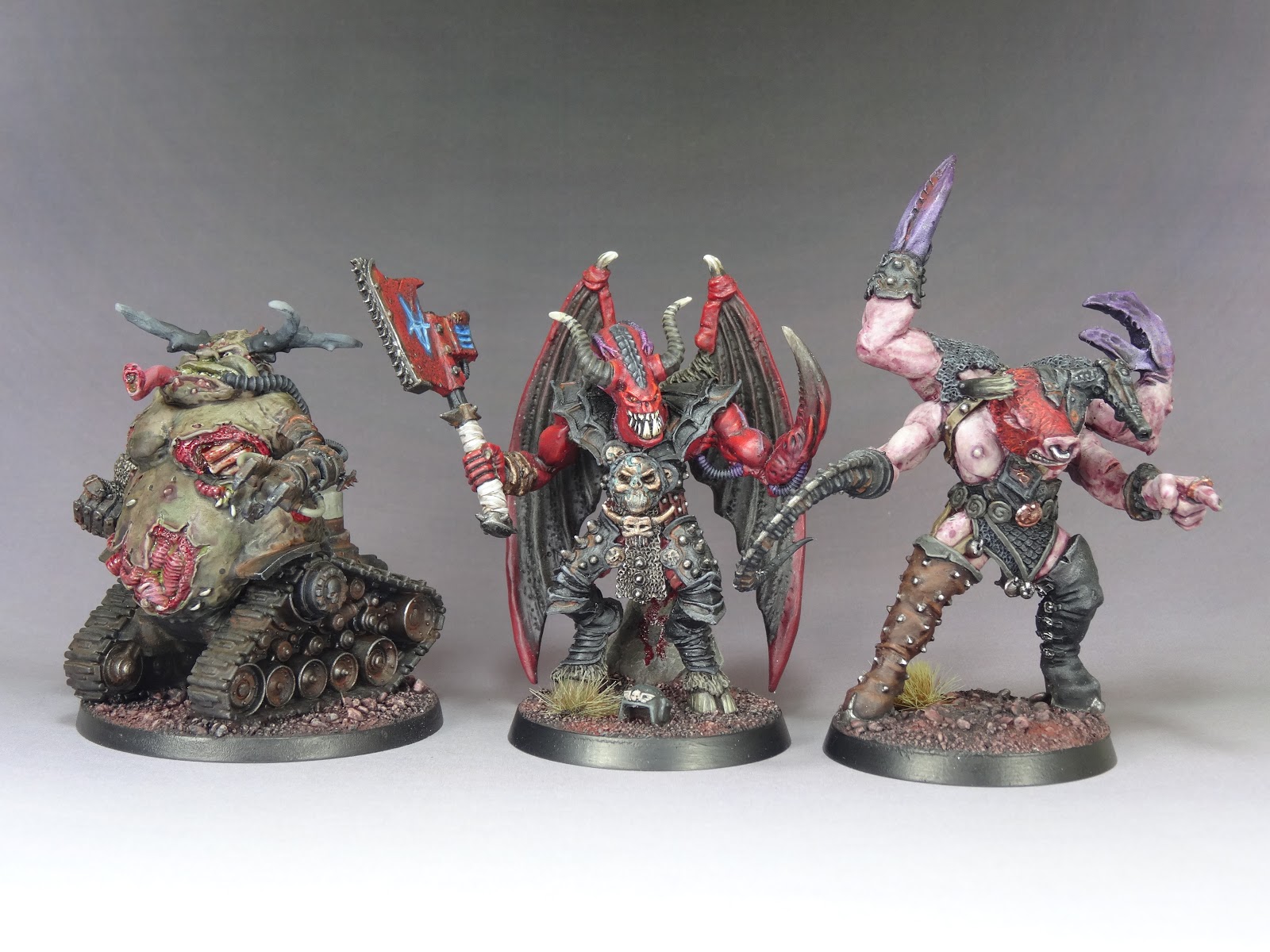 I had three out of four greater demons converted for Rogue Trader but I was missing a fourth !
Who has ever written a song called the 3 horsemen ? NOONE that's right.
Time to ride the winds of change !
I had converted my lord of changes a few years ago and had even primed it during lock down but as things usually go, I never went further than this : 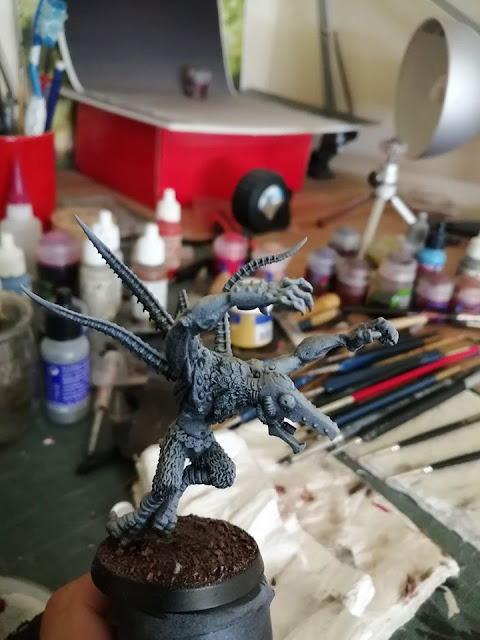 As you can see it's quite a fiddly model hanging from the tip of the foot with long thin arms and delicate biomechanical tentacle/wings, it came broken at an ankle and to make things worse I dropped it before painting, weakening the pinning (which held though) and breaking the tip of a tentacle...

Funnily enough, the Lords of change and Tzeentch in general seem to be quite misrepresented because suspect the colours often associated with them didn't age well and are somehow tricky to do gracefully, I know some of the guys are going to paint some and that's really cool but I know I wanted mine to be darker, more subdued and fitting with my renegades generally so I kept their signature black as a base and added colours but with light desaturated glazes over grey, that makes him/her/it considerably less flamboyant but also (I hope) significantly more creepy and frightening.

Now I'm not gonn lie, it is a huge satisfaction and a definite bucket list achievement for me to have a full pantheon painted (Only ever got to 3/4 with the fantasy versions in my youth)

Now I have some good stuff coming despite the summer vacations and all, just a slow pace !
Publié par Asslessman