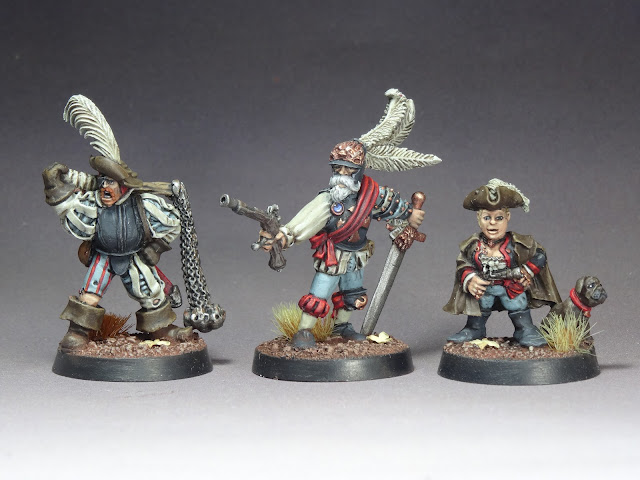 Greetings all, I'm pretty chuffed to be able to show you the start of this new project ! It's been taking a while as a back burner but now I feel like I have the good hang of it and should be able to move at good speed !
I've wanted to do an empire/mercenary band for Mordheim for a while now and have been slowly collecting the right models to convey the particular vibe I wanted to channel.


A while ago my friend Ed from Work of Shaitan kindly offered me a copy of a model he had done for personal use based on a very cool illustration from John Blanche : 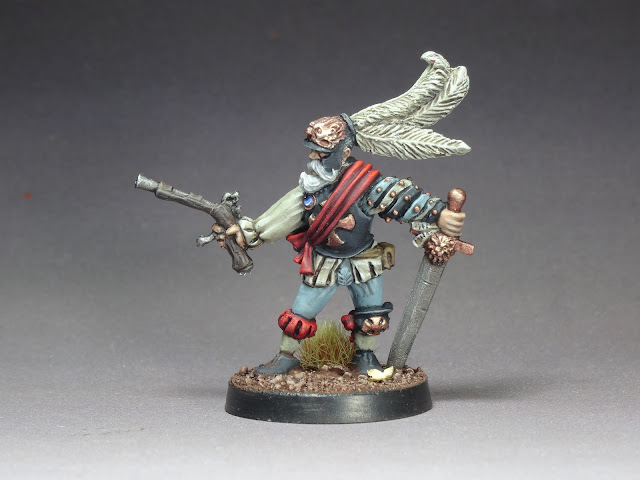 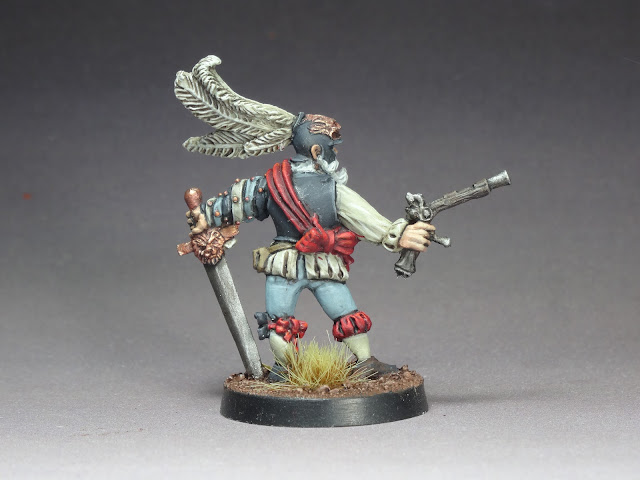 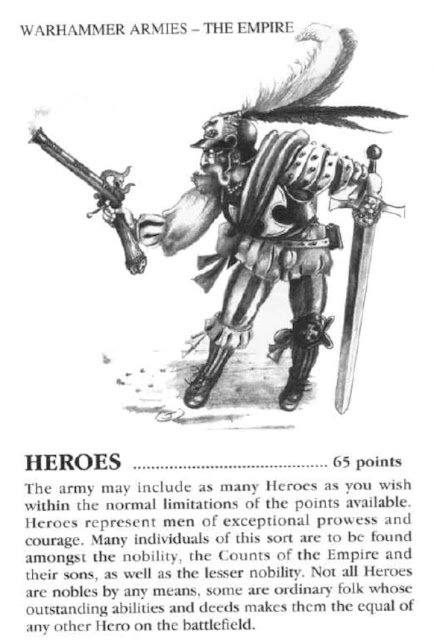 The miniature was sculpted by Alessio Cisbani who did an amazing job (don't ask, it's not for sale) 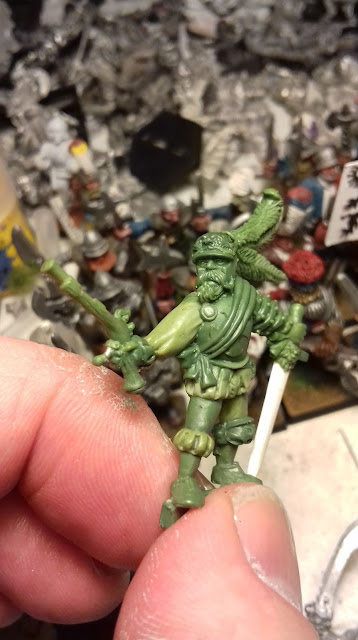 Now I also wanted a special champion, I wanted him to look mean and brutal, I think he's a former pit fighter of some sort, think Connor McGregor in the old world. The model is a conversion based on Smiorgan Baldhead from the eternal champion set (and sculpted by Jes Goodwin I believe) with the flail taken from another Goodwin classic. 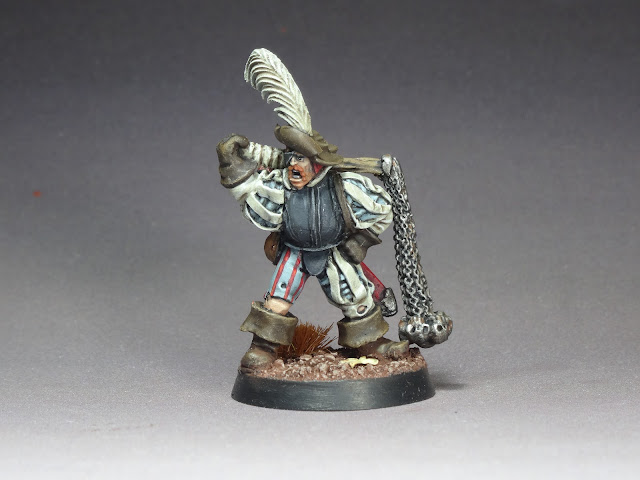 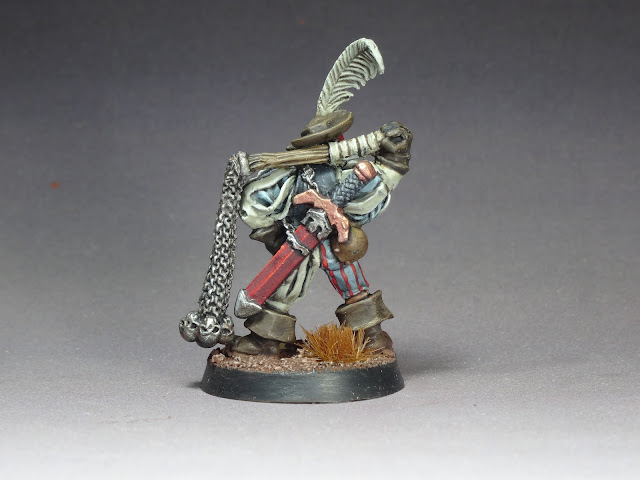 Now my last model for now will be this extremely cute female dwarf who will handily play the halfling part in the band (Although I won't need her at the start). It's the most excellent BOYL exclusive model from this year, sculpted by the excellent John Pickford ! 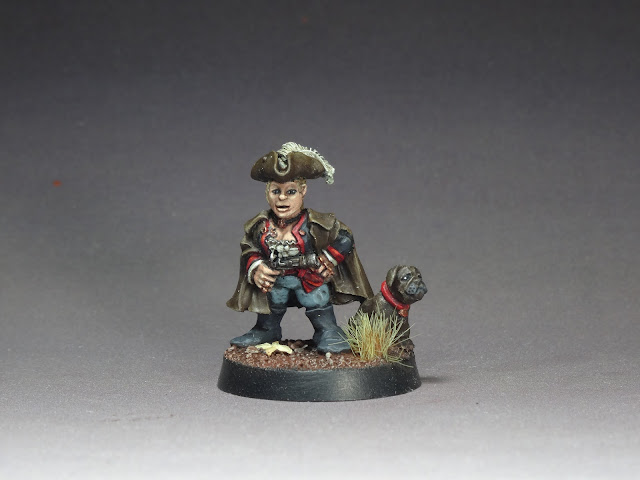 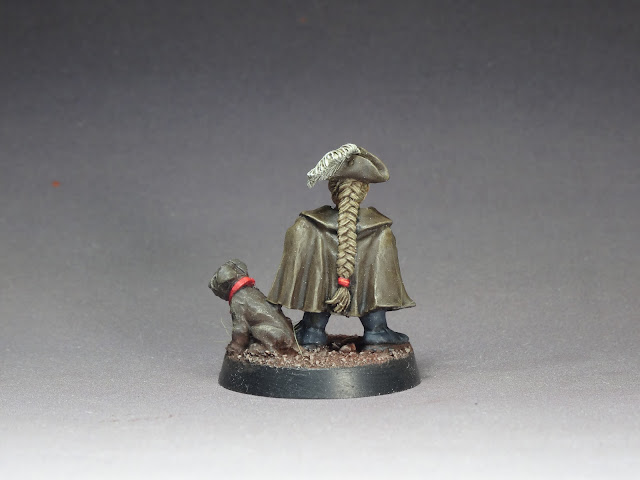 Which make me really happy since I'm now up to date again on the painted BOYL exclusive models (with a few extras in).