Hey everyone, hope you've had nice winter (or summer depending on your hemisphere) celebrations and you're all ready to have more fun in this new year !
I've decided to start mine with another painting challenge, after the one around Trish's work and Bob Olley's, here's the third edition now focusing on the work of Bob Naismith !

Now amongst the many great models he's sculpted, I knew I wanted to use that opportunity to finally paint the C100 marines I had treated myself with a couple of years ago. The C100 marines and the LE2 marine are as iconic as you can get in the Rogue Trader universe and they've been the founding stone for so much they were a no brainer. 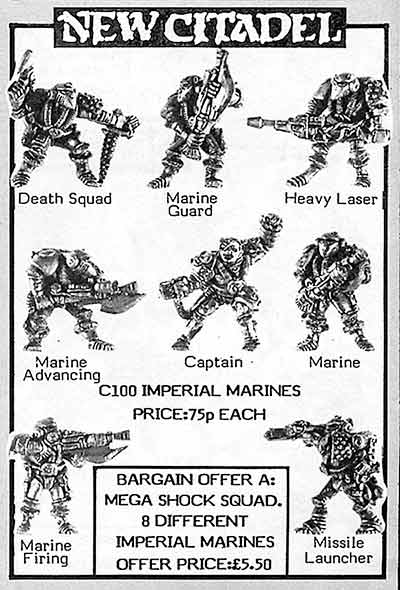 Since there are 8 C100 Marines and one limited edition marine, my deeply metric self had to get a double of one to get a nice even number of 10, not to mention that the heavy laser could really pass as a flamer and make a playable squad in any edition. 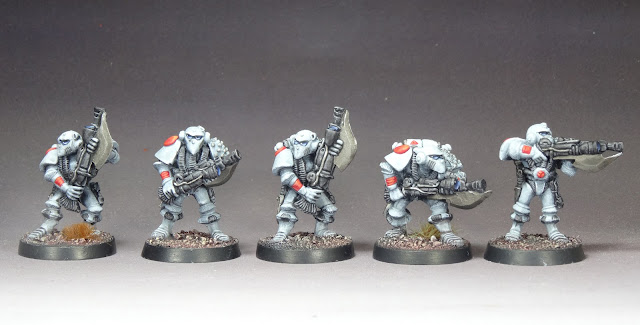 Now painting wise, these guys were the occasion I was waiting for to test contrast paints, I wanted to test how quick and straightforward they can be. I have plans for other models I mean to paint quickly so yes, I did use those guys to test my method !
I started with a classic white zenithal spray over a black undercoat then followed with a top to bottom white drybrush to pick all edges and help the contrast, many dark places on the undersides remained and that is what I wanted to test.
The grey finish was achieved with a 50/50 mix of apothecary white and contrast medium loosely applied with much care, I just made sure the paint wouldn't pool in silly places, the behaviour of those paints do mean you have to work on one part at a time which was surprisingly very unsettling for me ! ^^
The black parts are achieved with 2 undiluted coats of basilicanum grey.

After that I switched to regular paints for metallics, reds and details because I wanted ... wait for it... CONTRAST with the more desaturated parts. I kept things very minimal as I wanted to channel both the early Rogue Trader look and vintage retro sci-fi tropes so I had to make the hard choice to stop before the KIL marks and squad markings, these aren't really Imperial marines, more like a space exploration crew flying on the USS Freedom or something.

The casts I had were mainly very poor ones, I've seen and had better casts of those so that did influence me not to try to get too clean a result or I would have struggled fixing with paint what had been messed up in casting, the sculpts themselves remain fantastic and just keep in mind they are single piece models with the moulding constraints of the time, the 3D design of them is mind blowing, no YMCA poses here but some intricate and clever work really. 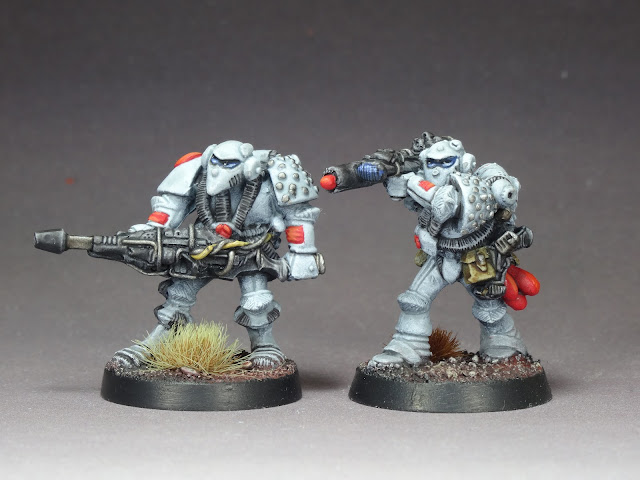 While painting, I realised the death squad marine was actually my favourite ! I don't really know how his sword is meantto work, if it's just a gigantic drill bit or 2 perpendicular chainsaws but it must be a nasty one ! 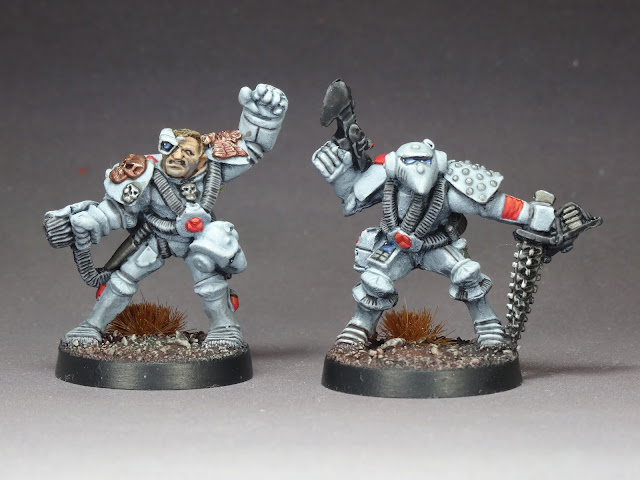 Now the LE2 marine is the big daddy of them all, the one and only, of course my version pales in comparison to my friend Curis's here but even if I had given my best on this one I would have ended spending a lot of time for little result. I love the pose and menace just like th eone for his C100 counterpart. 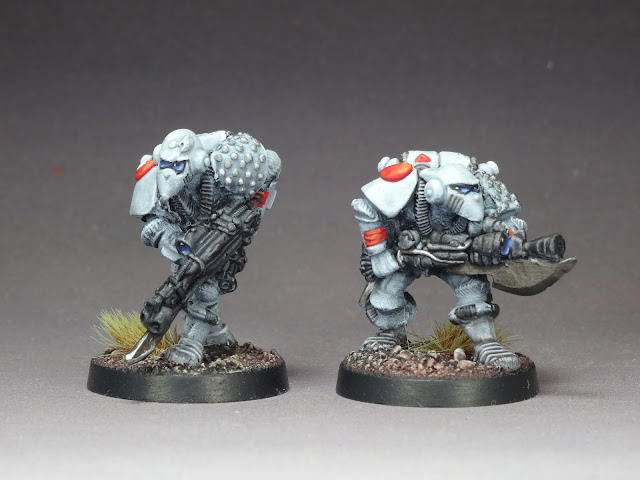 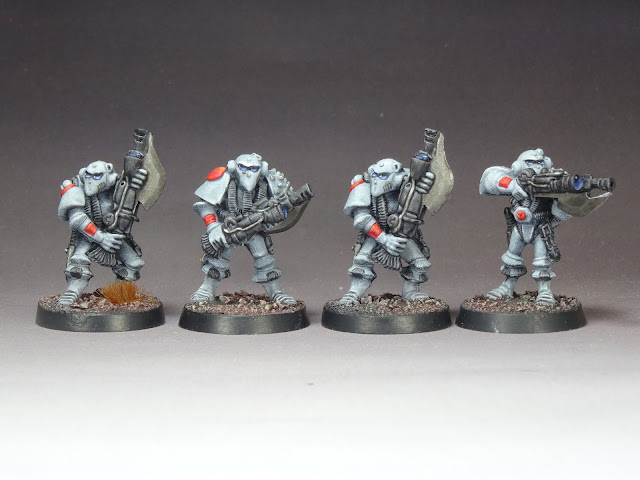 Now here's a fun thing, I very rarely paint the same model twice (unless we're talking about Jes Goodwin champions I've painted over and over and will paint again), I had already painted the captain for our Roguequest project with Axiom so it's fun to see the differences. Like for the rest, I did have to resist adding OSL and fancy stuff to achieve the look I was after, it was fun to ee I couldn't help adding checkers on the first one (which made me even more happy to have refrained on the newer one). 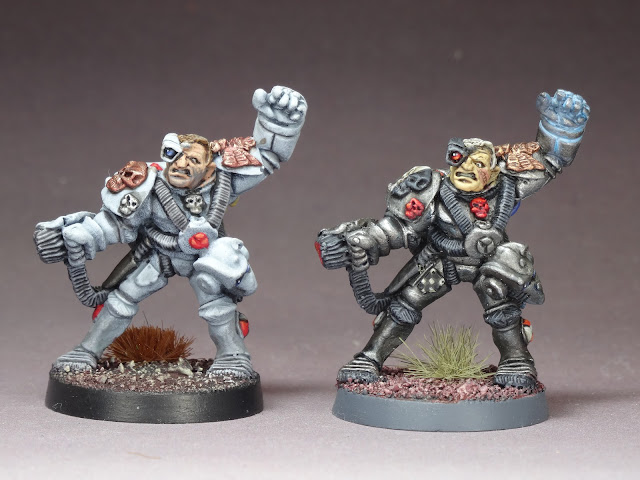 Now, funnily enough, I really like to think I'm not the manichean type but when it comes to miniatures, I seem to be a really simple guy after all ! For my defense, I have to add very little black or white was actually used on any of the models, the black is mostly very dark greys and the whites very light greys so maybe there's a summary of my philosophy here ! ^^'

I'm really chuffed to have 10 models out soon this year (last one wasn't really productive or at least as productive as the ones before) and I still have MANY projects ongoing which will hopefully all soon bloom in a firework of finished projects !
Publié par Asslessman