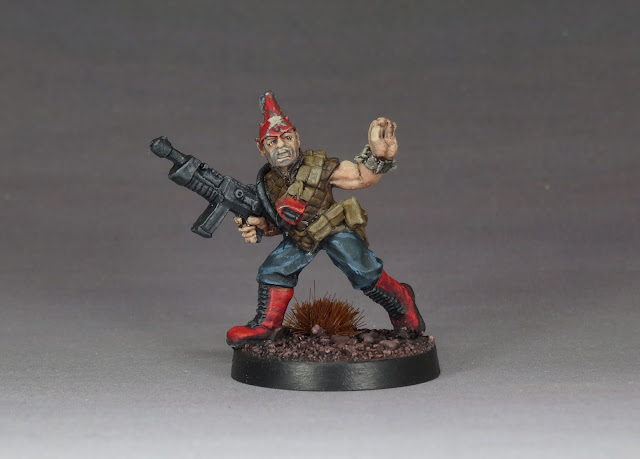 Quick one today but an important one since I've officially painted all the model I need for BOYL !!!
To be perfectly honest, there are a few more I WANT to get painted for it I've done all the ones I NEED so that's a relief.


We have a game of survival for poor humans hunted by terminators in a not so distant future so I needed the proper guy for the task. I did consider using good ol' Psycho Sam but ended up picking anther model looking like him because I wanted something darker... Only to realise midway I wanted both to be part of the same gang hence ending painting him the same way... Yeah I know.


The model is a old Maniac ganger for confrontation (Necromunda's ancestor) and you might have seen beautifully painted examples on Jon's blog.
Like most models of the range, they come with weird details like what I reckon is a rabbit leg or some  sort of token of the sort. 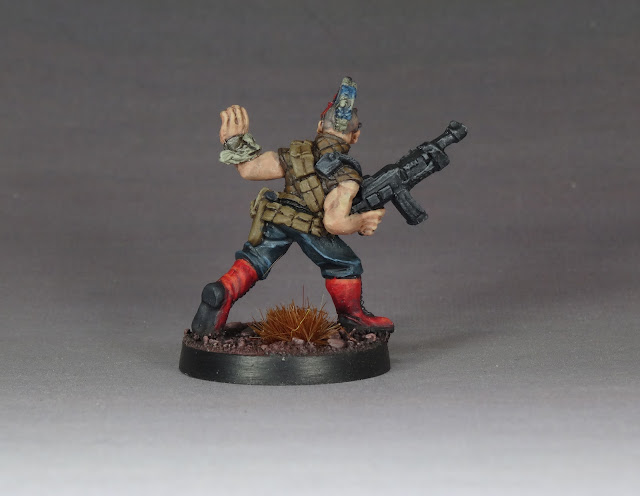 I didn't spend much time on this guy who had an annoying mold slip trace which I removed as well as I could be arsed to... ^^
I honestly have plenty of idea and quite a few models to go along this pair of idiots to have good fun !
The old copplestone gangers are very cool but as you can see below they're on teh small side, it's not sucha big issue really and with other members in the gan it will be just fine. 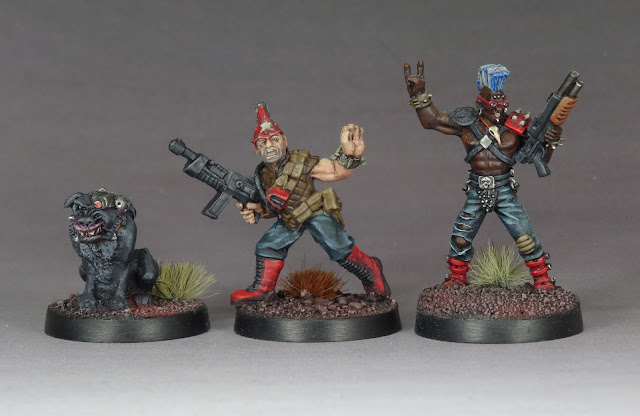 I've added a dog in the picture because we've been told we can use one so I dug up my venator dog which has never been used yet so here we go !
Now let's work on the icing since the cake's ready !
Publié par Asslessman