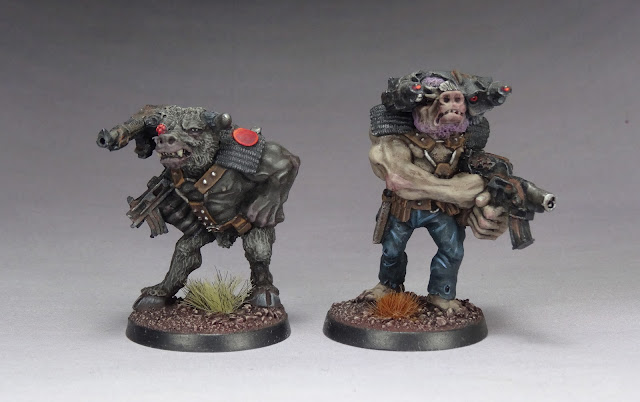 Alright, I knew I said I had to paint beastmen but you see I knew it would take me way too long to get them both converted and painted... Sooo, I did what one does in such a situation, you just change plans. So I decided to replace them with ogryns. Yes, the guys above are minos but let's not have that sort of petty details in the way of painting cool stuff right ?
Now I just happened to have these limited edition 40k Minotaurs and I thought they'd be perfect "count as" chaos ogryns. Those guys were only catalogued in the easter 89 flyer so I guess they're not pretty common. Now of course it's all about the big horns with these. I just love how horny they are, I mean GUNHORNS right ?

To be faire, I can understand why they were just a limited edition. They're just conversion of former C25 Minotaurs aaaaand let's just say the conversions are rather peculiar, just check the angle of the bolter on the left guy below, how it's way too small for his hands or how the other guys has had his gun bent in an S shape to fit both his hands... 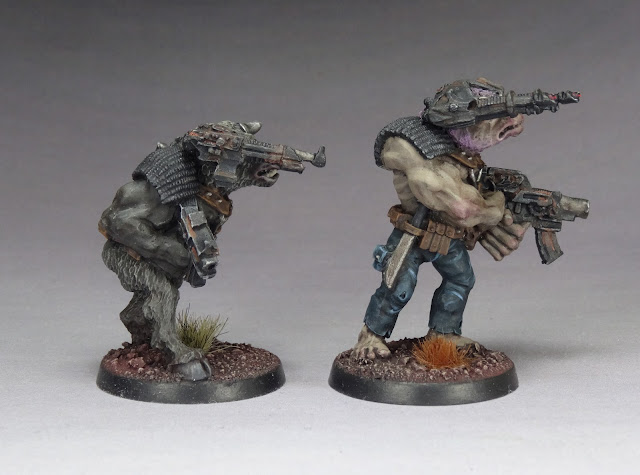 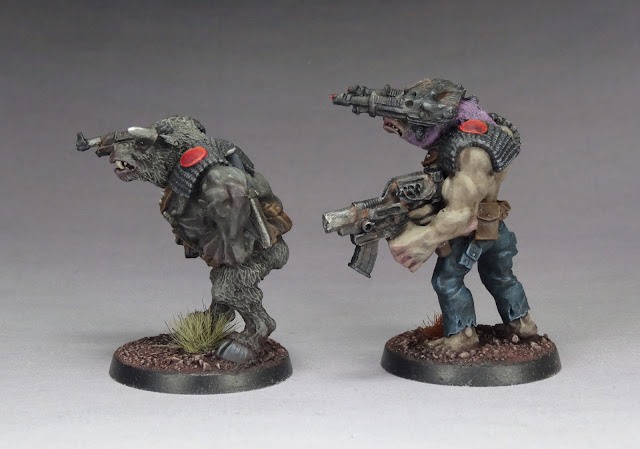 But you know that's just how it goes, they're still fantastic models to paint despite their flaws and I had a lot of fun painting them to be honest. They also end up being pretty coherent gear wise which helps sell the idea. 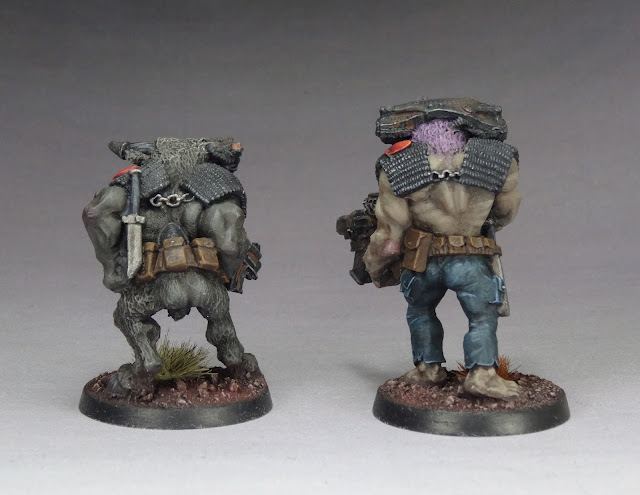 Now of course I had to place a little pop culture reference in the colour scheme if you see what I mean...
I've decided to call them Mosh Pete and Headbang, just because. ^^ 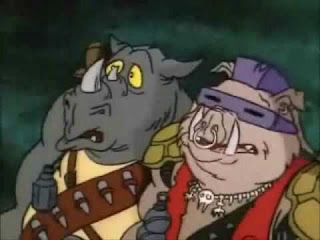 Anyway, with the minotaurs done, I only have the orks left to paint to get my full band done ! It won't look like in the realms of chaos boks but I believe it will look good enough on a table with my friends' bands as well ! 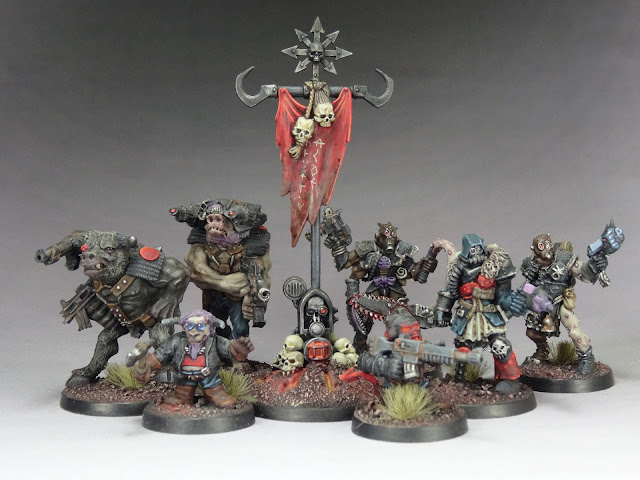