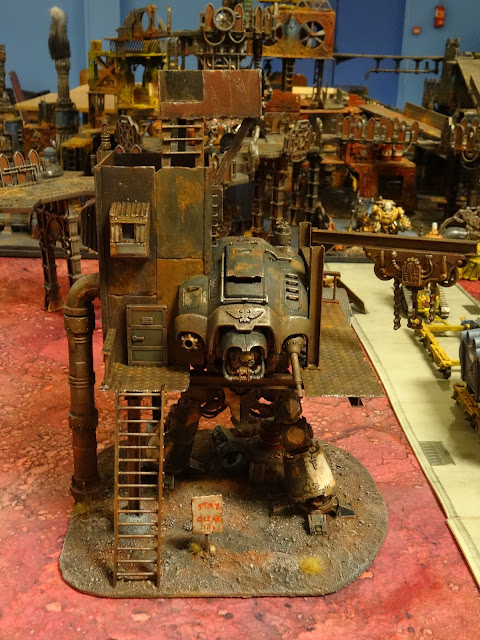 Alright people, now here's something a little different. A few years back, I claimed I wanted to use the imperial knight kit to make something fun out of it. Well as slow as I am, I can also be a stubborn one sometimes and the idea never really left my mind.
If you don't know what I'm talking about just take a look at that brilliant picture from White Dwarf #133 : 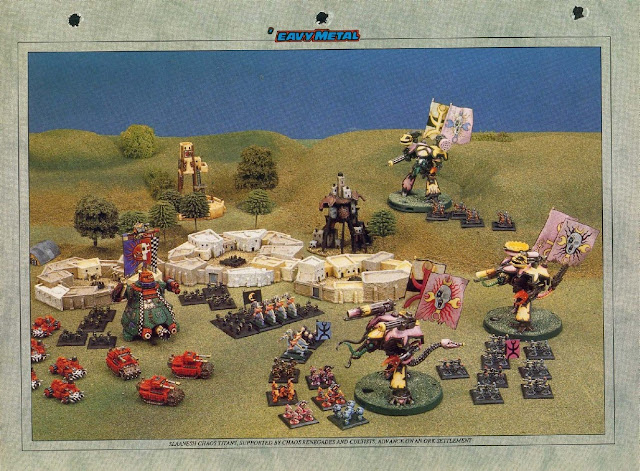 Here we are ! Now like anyting epic scaled, scale is totally messed up. Titans models should be twice their size and if you were to place troopers next to that village they'd be twice bigger than the storeys.
But I don't car, the idea is so cool and evocative !

I just love organic architecture with layers adding one onto another like what you find in old cities and what you can find in the manga Blame ! : 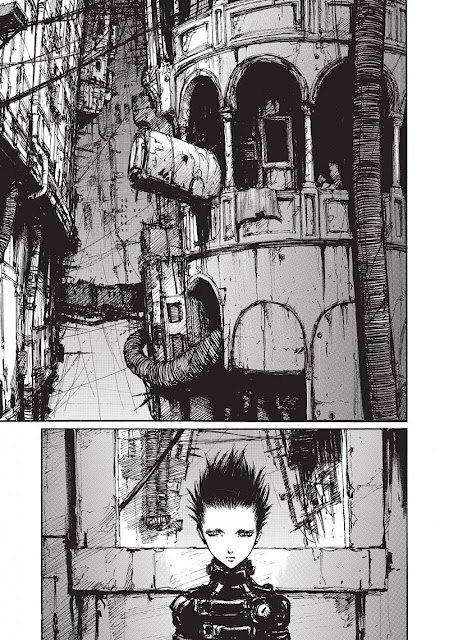 A good example could be Mr HUlot's house from "Mon oncle" by Jacques tati, several layes of construction fusing different parts together in some weird manner : Now the scale of the imperial knight is not fit to put a whole town in it but I knew I could fit a whole house and outpost in it with a bit of tweaking. I think an old steel giant abandonned and used as a shelter is an invitation to more stories, the giant has no engine or weapons left but it could still be a valuable item to people or an important target.
So I tried to add as many layers on top of it as I could, with the idea to make it as playable as I could obviously, meaning compromising and finding the right balance. It was the occasion to use Pcard a and plastic profiles a lot too ! 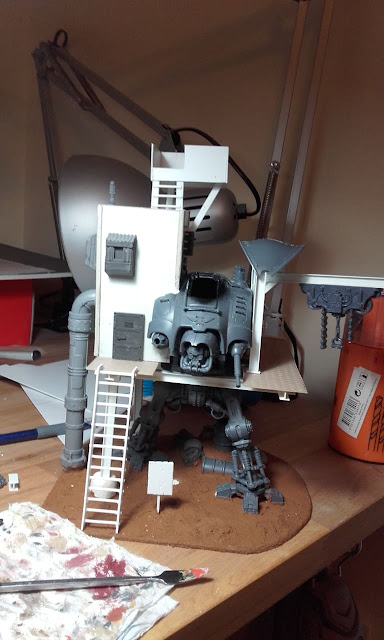 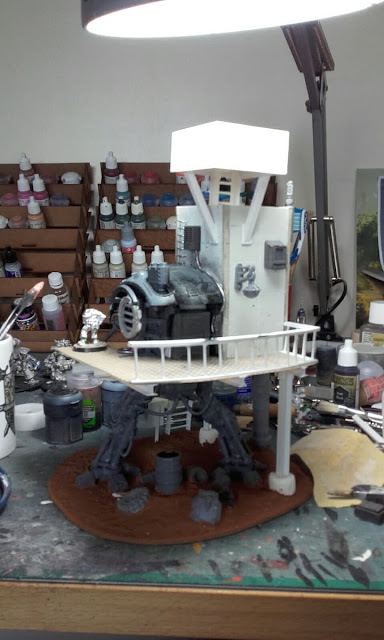 Plenty of the addon bits were either from GW, or Fogou miniatures (check out their Kickstarter) or the Trash bash Kickstarter.
Painting was pretty straightforward and way less of a hassle than I would have thought ! I approached a very similar method to the one I used on my Fogou Fort.
Base colours, washes and then heavy weathering and it was good !
I really considered painting it like I painted my Epic knights earlier : 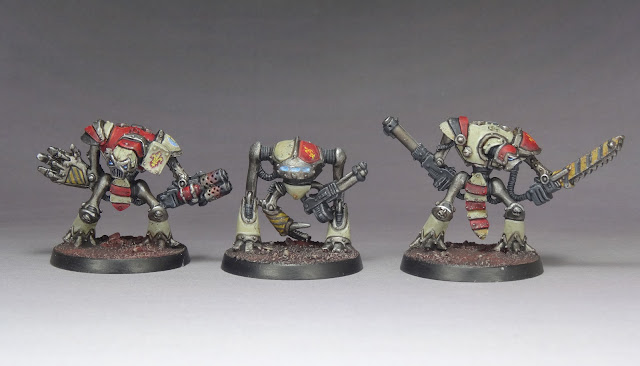 The (not so) new knights are heavily inspired by those to be fair but copying that paint scheme would have made this piece too eye catching when my purpose was for it to blend in with the rest so I opted for muted colours and neutral tones in the end. (And I didn't want to aknowledge my sweet knights could end as junk) 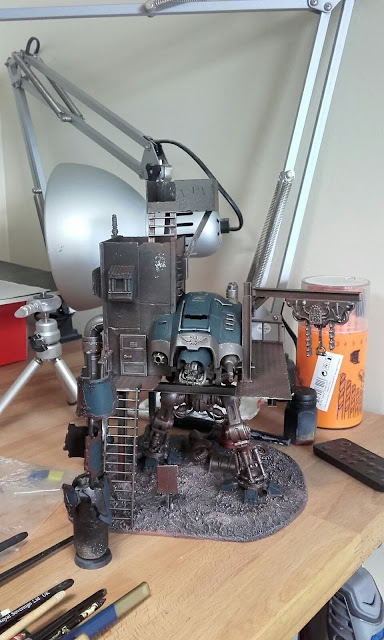 The size of it makes it really difficult to photograph though and I couldn't get any better opportunity than having it on the table where we played last WE. 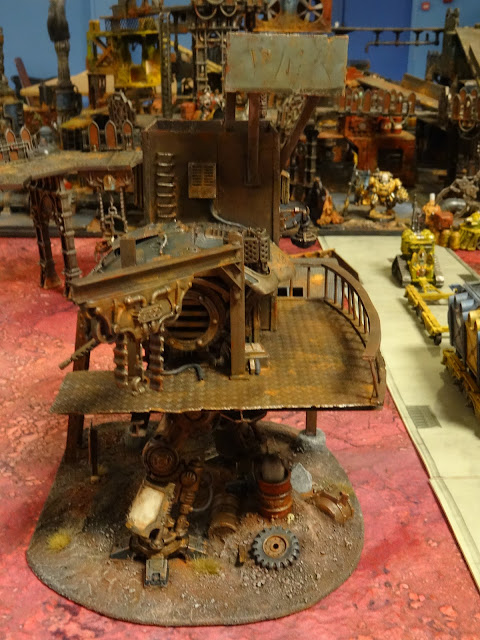 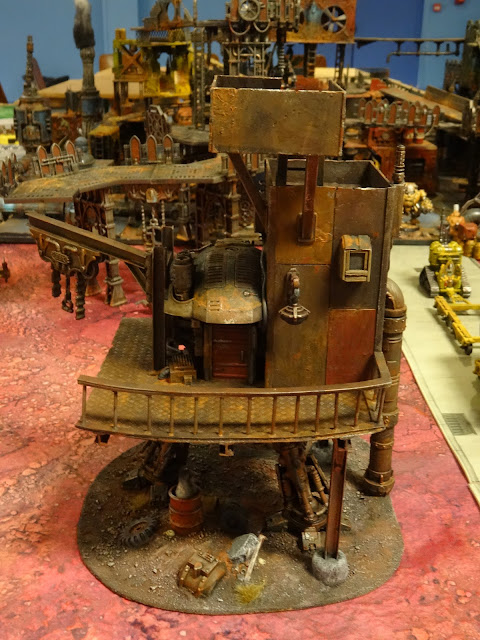 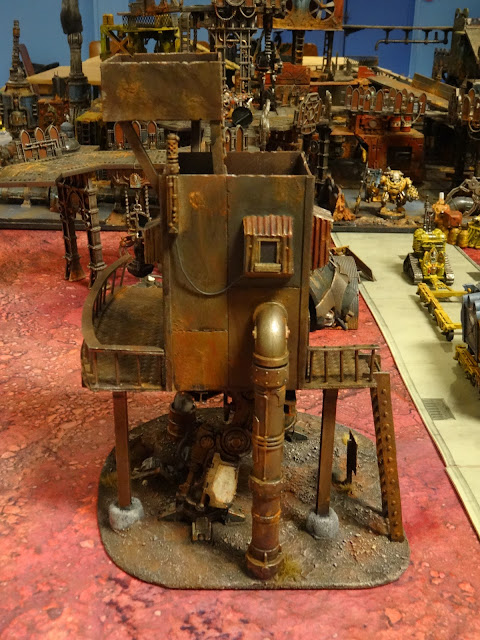 I've kept the model seperated above the waist to make painting and transport easier : 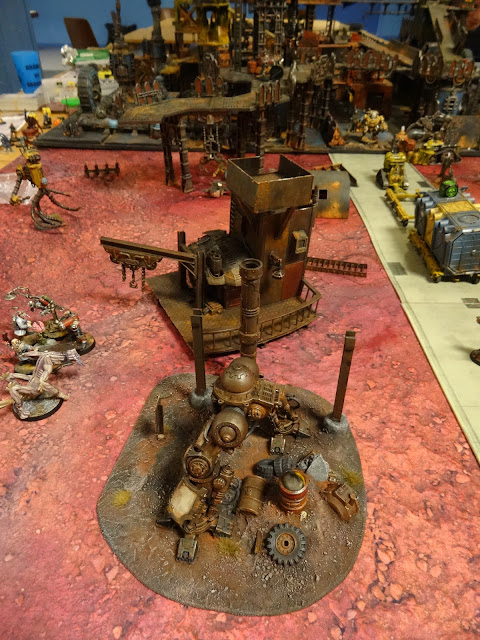 There are plenty of little details here and there like this barrel fire with teal light LED simulating a fire glow inside ! 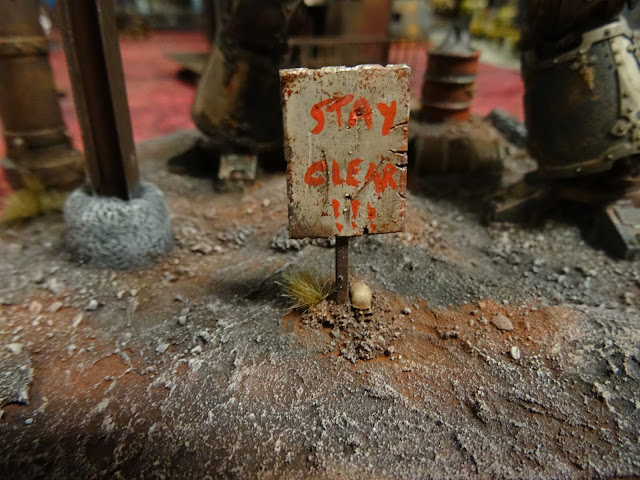 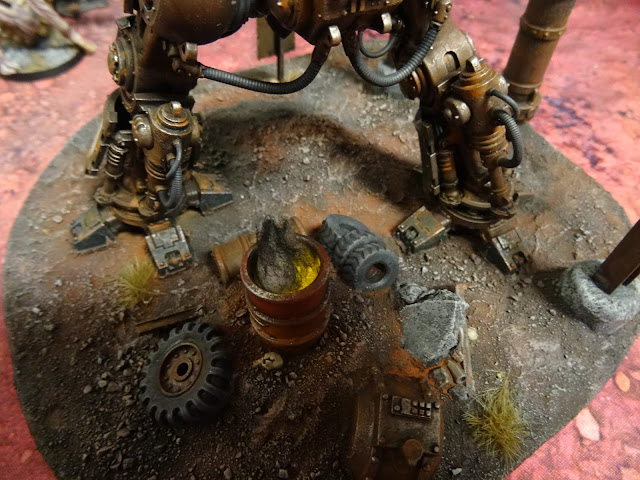 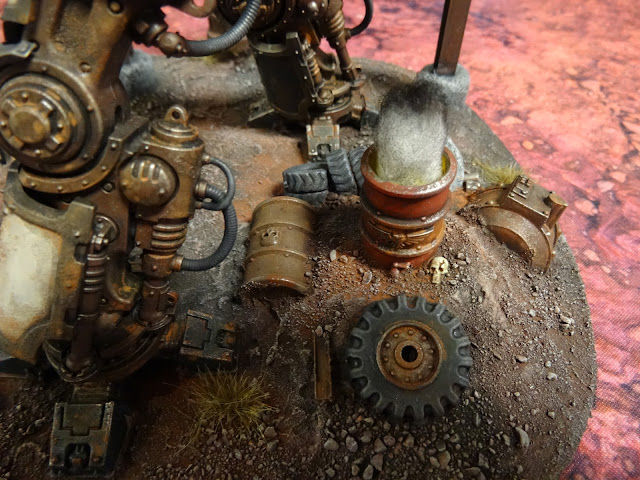 I'm thinking about adding more details to it but it integrated pretty well with the rest of the scenery and my mate Adrien's as well so for now I'll just leave it like that until I have a bright idea on how to make it better. (I also happen to have other knights... ) 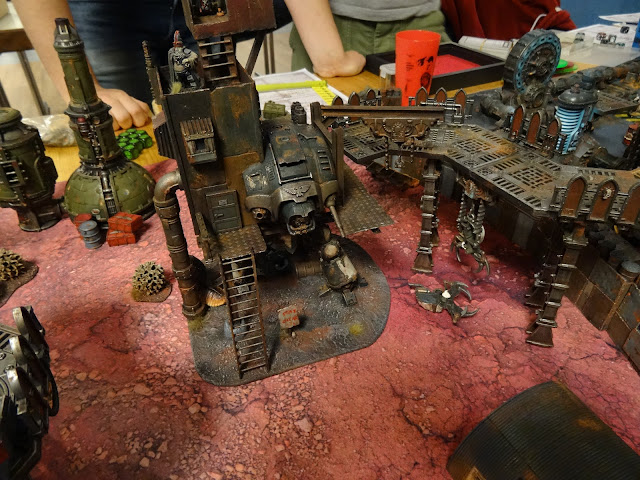 Anyway, that's quite rewarding to have this thing ticked off the list as it 's been a WIP for quite a while now !
Now back to BOYL preparations !