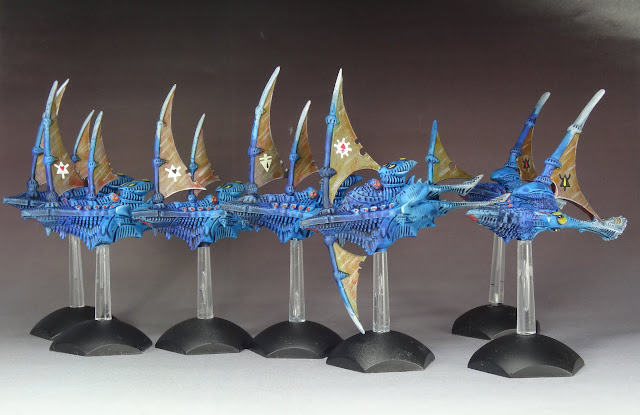 After showing you a bit of my work in progress the other day, I've finally decided to take the time to finish my Eldar fleet for the simple reason I want to move on to the Imperial one and many other projects !


Starting from what I showed you the other day, I quickly primed everything in white. This was quite disapointing I must say. The original being all red and blue, the colours of the plastic were still showing after 2 coats. Considering how poorly stripped and damaged some models were, I didn't want to add another layer so I moved on from that point.

So I decided to give my fleet a strong dominant colour just like I had done for my Tyrannid fleet and thought blue was as good a choice as any.
I took my airbrush out and started applying the bright turquoise you can see on the left right after the white only to see the compressor shaking and falling from the table...

Took my colours and opted for washes and wet blending "en masse". The aim really was to have a transition from white to deep blue as smoothly but rapidly as possible and I think it worked pretty well. 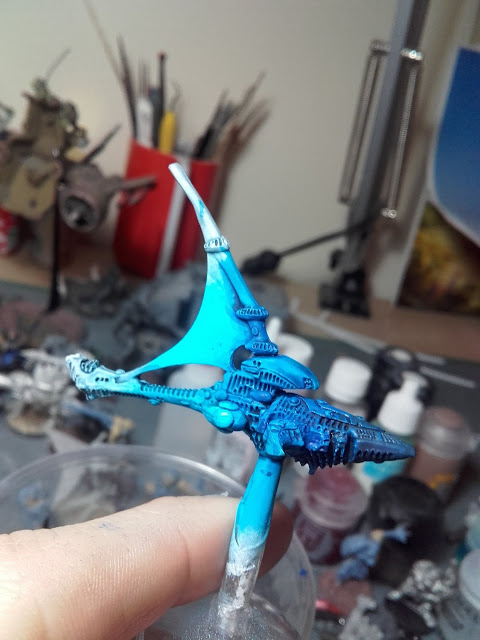 In under an hour I had all the ships base coated and waiting for a few highlights and details. 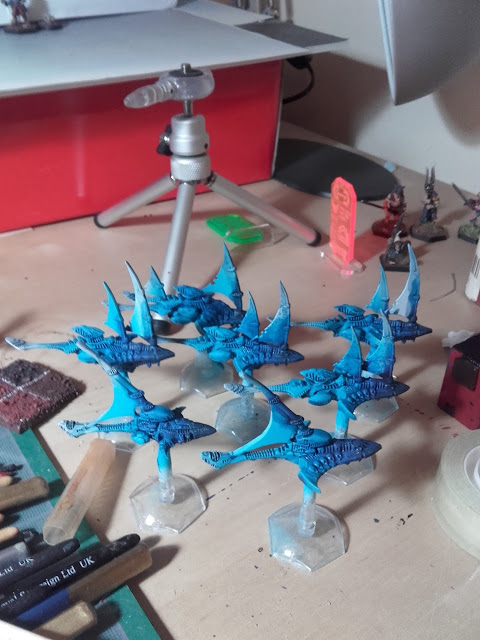 For the sails, I just applied 2 thin coats of leadbelcher followed by washes of orange and yellow and highlights of silver. They look rough but I wanted something looking alien and quick enough. In hindsight, it could have been subtler and better but I really was in the mood to get them done as fast as possible.
However, I still need to stat the flag ship up in some simple and elegant way...

To give a bit of variety, I've tried to give every ship an angle to imply a form of dynamism. 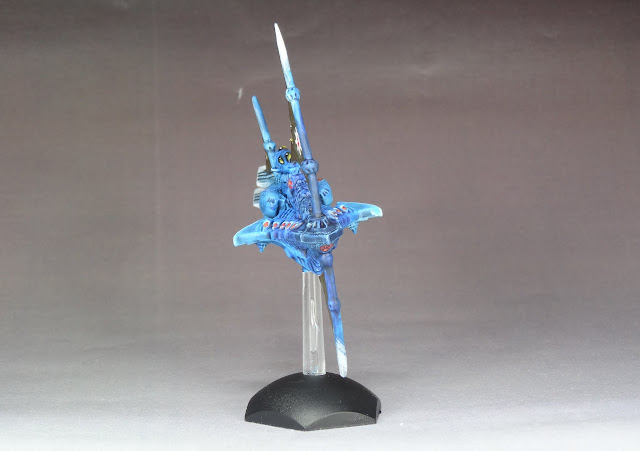 The shadowhunters are quite fun and the left one (the only lead model in the fleet) is an absolutely smashing sculpt (Cheers to Chris) ! 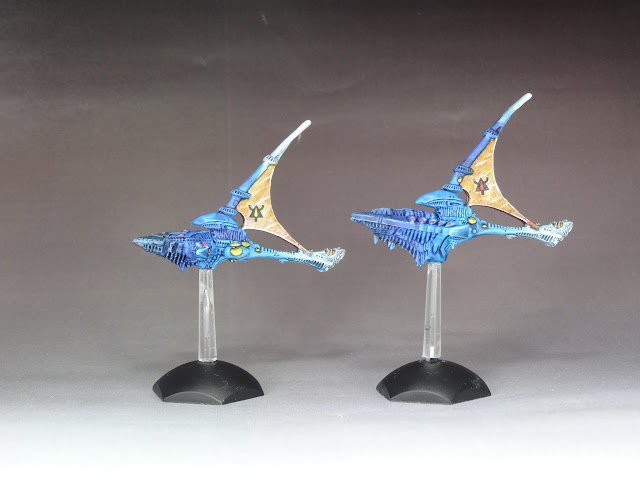 Which brings us to the plastic wraith ships, simple sculpts really but doing the job more than fine. 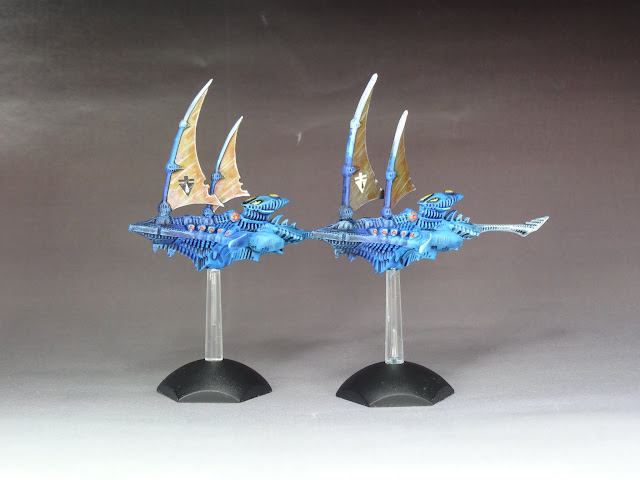 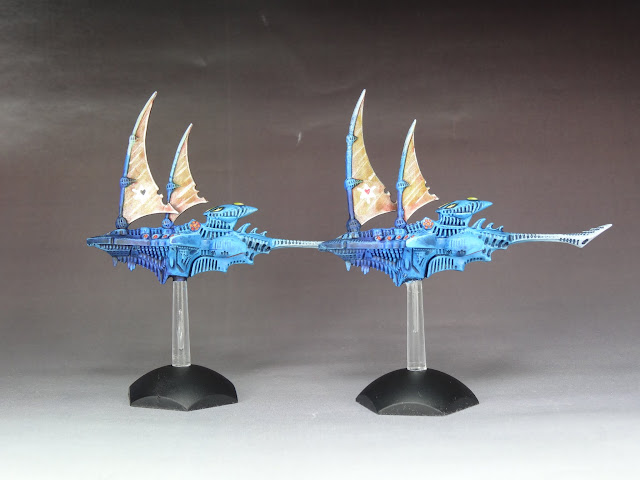 With both fleets on the table, I'm really glad of the effect I've got, both fleet were very straightforward to paint and it's visually very easy to read with strong colours for each side.
I know I could have set the standard higher with these but I only slightly regret not doing it. They're tabletop worthy and I know I would have got frustrated by them if I had to push things any further. I've spent something like 3 hours painting on them and I find the result/time ration to be high enough for the purpose. 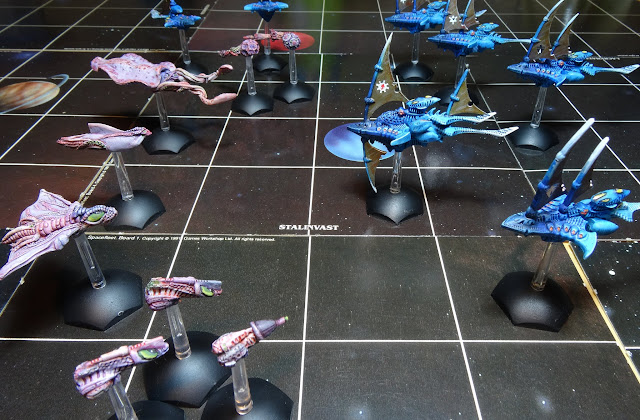 With this project ticked off the list, I'm quite chuffed to be able to move onto other things. With 3 gaming Week ends planned ahead, I still have a few things I need to paint but nothing overwhelming and projects I would have wanted to do anyway so that's good news !
Publié par Asslessman