Eldar space fleet in progress and some frills and fauna... 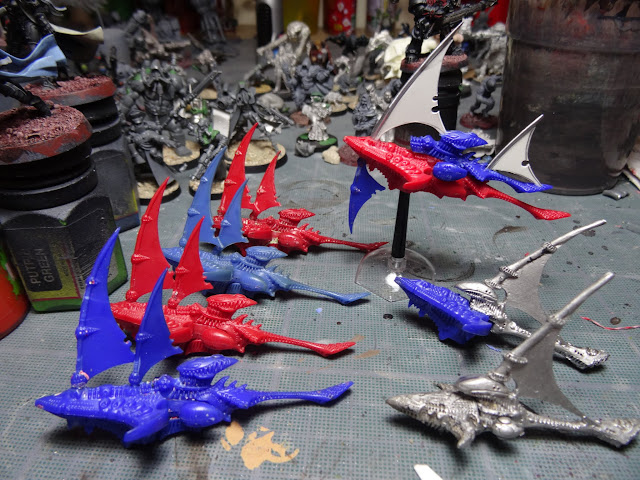 Back in December, some WIPsters and I vowed to go on a buying embargo. We've done that before and the idea is to basically stop buying and hoarding models  and to reduce the leadpile or at least stop its uncontrollable growth (saving a few coins in the process ideally).


I've already done that many times before and it's always gone pretty well bar a few mistakes. Not doing something is easier than doing things right ?

Well a couple days ago, I broke my vow and couldn't help getting a single piece for a few quid posted : 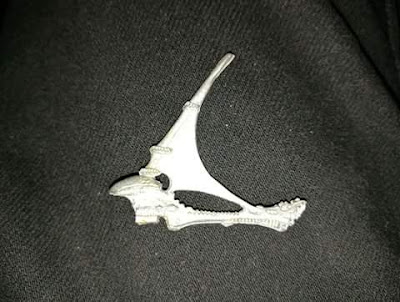 The sails from a shadowhunter, just that. I avoided beautiful kickstarters and many more cool models but I faltered because of a single piece. Now to be fully honest, I do plan on staying true to the rules of the embargo (meaning you can spend on hobby material but not on new models requiring paint).
But I still find I did the right thing to buy this piece.

Well it's triggered something pretty cool : 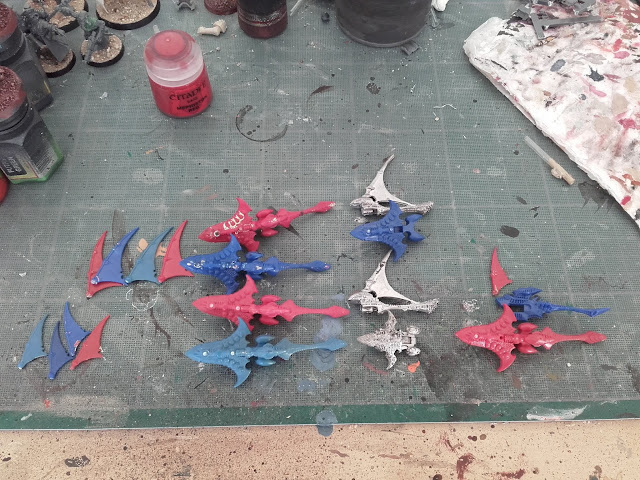 After sorting all the bits I had, I realised I had everything I needed to start this Eldar space force. Now I knew from the start my Eldar contingent wouldn't be anywhere near the Tyrannid or Imperial ones (nearing 1000 points each) but I did want to have a little force of them despite the fact only 2 models are available for them (well 3 but 2 really).

Using the body of a wraith ship, I was able to do a second Shadowhunter (a variant of some sort) and while I used parts of a 100pts ship to do a 50pts one, I still think it was the right choice.^^ 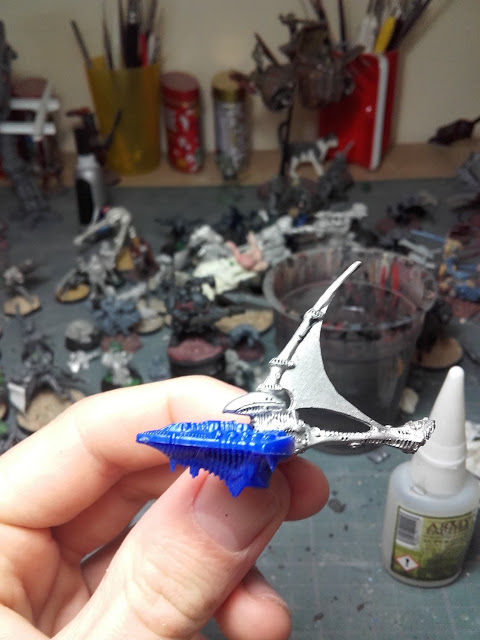 Then came the tiring part involving pinning all those broken sails. I used 1mm wire to do that and it seems it was just the right size. 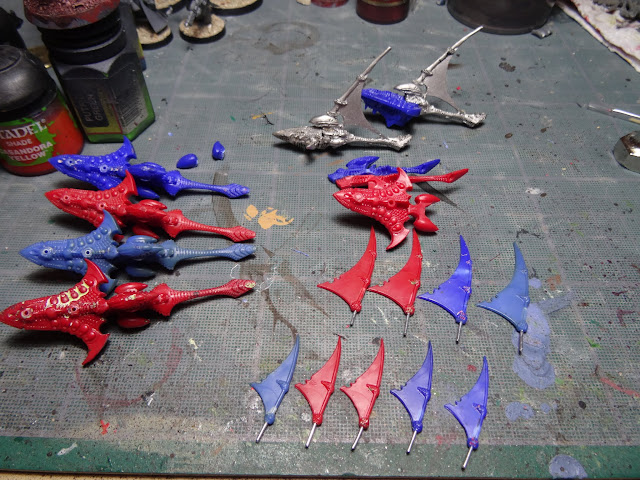 Then came the main course, I was short on sails but wanted to do something a little bigger though. With only 2 possible choice anyway, I needed something to stand from the rest of the fleet.
I took some 2mm wire and put it right in my dremel : 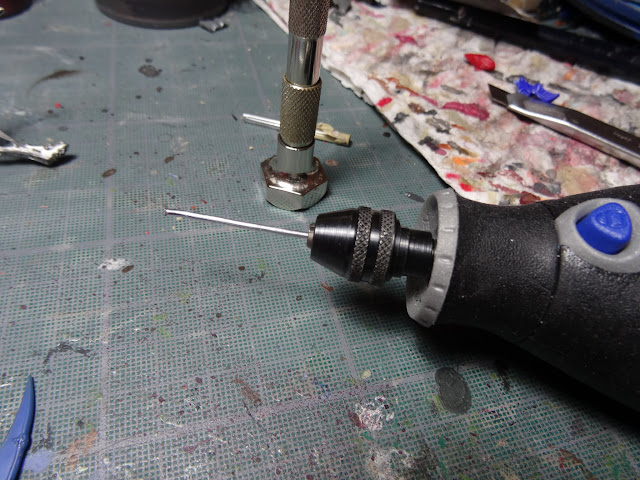 Files and sandpaper (with the wire rotating)... 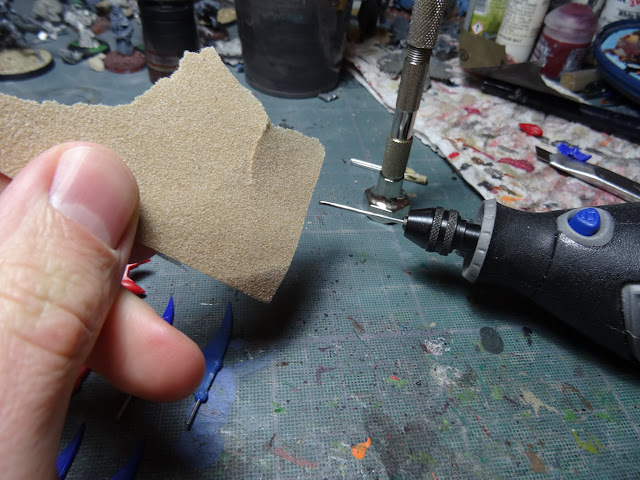 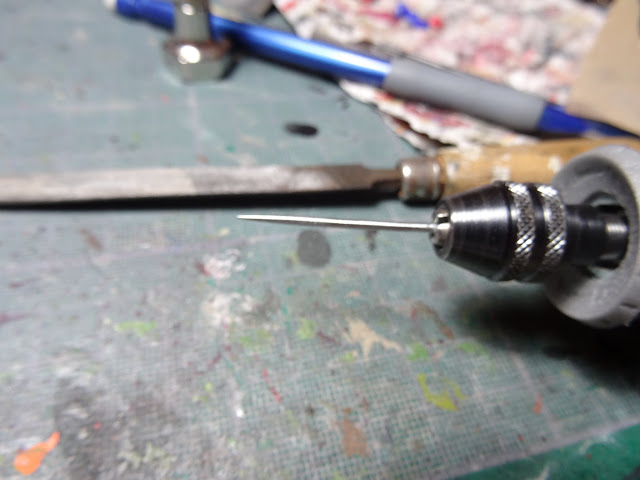 Added to the ship, I made it in line with the lower sail because I wanted something impressive. I also used the spare tail and reduced it to make the hull look more impressive. 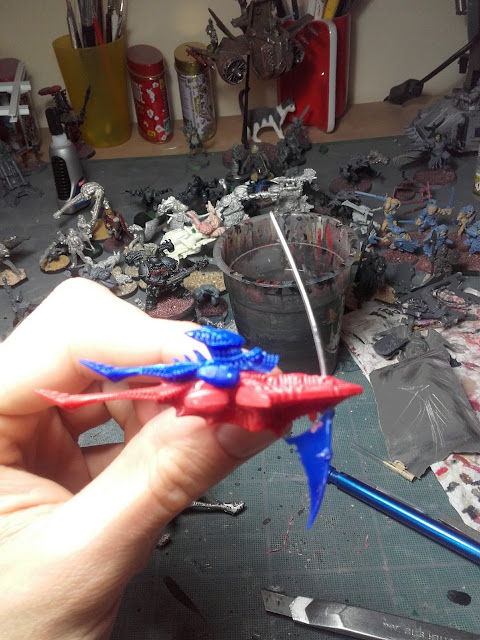 Just had to trace the shape on some Pcard and glue it in place : 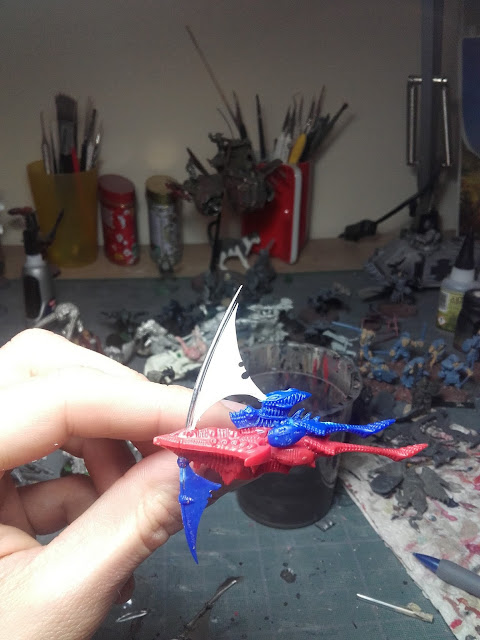 After some feedback from the WIPsters, I added a second sail at the back and it did make the ship far more impressive and regal as befits a flagship. 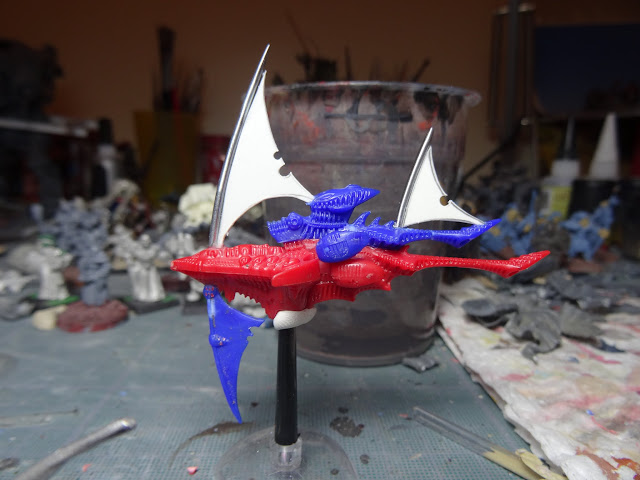 All the ships will require some putty work of course but I'm really glad to now have 7 complete ship I should be able to paint in little time.

On the very same day, I also got a very nice parcel. My Frills and Fauna kickstarter ! 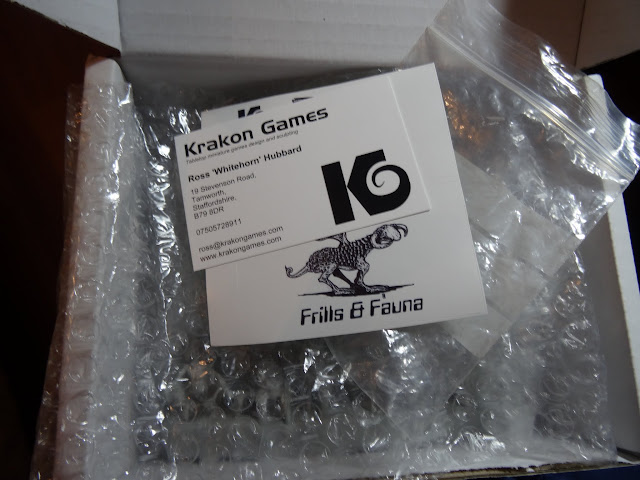 I do love that moment before opening to see the stuff in real ! 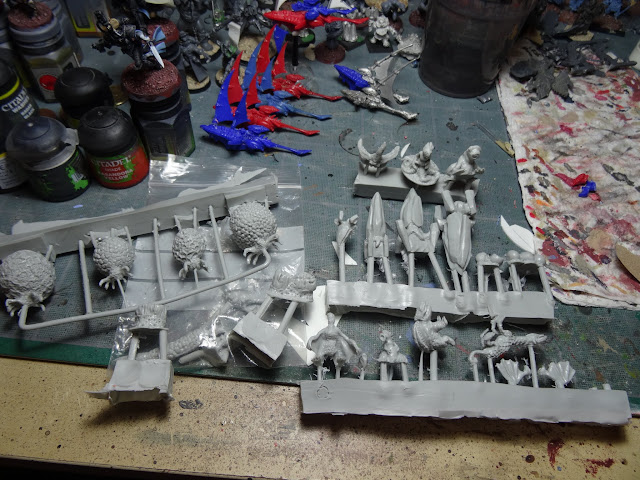 I have plenty of critters now and I'll probably use a WE alone to nail all of them in one go. If you want to get some of those very nice sculpts, help yourself and check Krakon Game's store !
I have plenty of stuff going on on the table right now but I have some spare time at last again so things should get a bit more focused
Publié par Asslessman