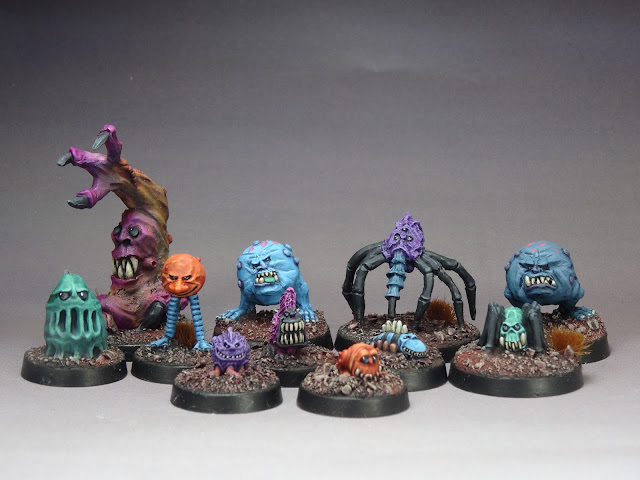 OK, so I might be in an orkish mood at the moment, after painting that dreadnought, I fell back to a long project (more about that soon enough I hope ^^) and although I've been enjoying it a lot, I gave myself a well earned pause to paint something else and not run out of mojo.
The subject was partly decided because of the dreadnought I painted earlier but also because I got some new models which begged to be painted along some more !
After receiving a parcel from Krakon Games, I just couldn't wait to paint some squigs ! 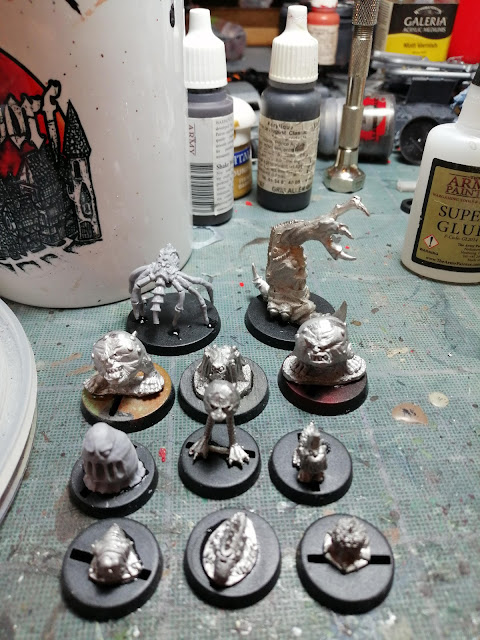 Now I'm a late ork convert but squigs have always been a fun and appealing projects, I just never got the right reason (and does one need one really ?) to paint some but just look at the variety of them ! 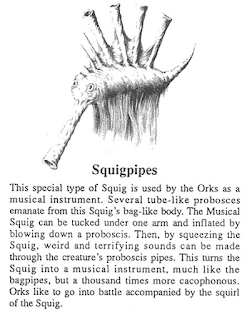 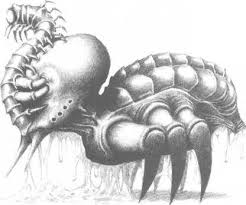 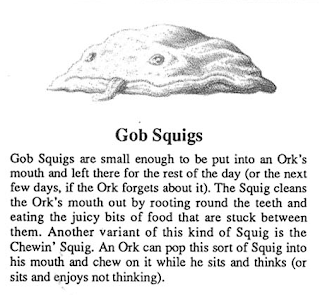 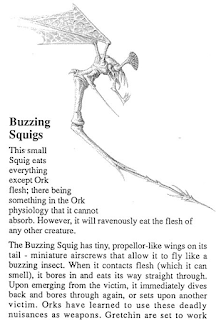 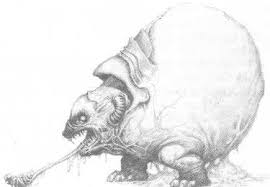 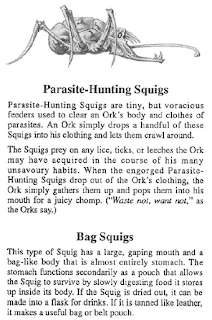 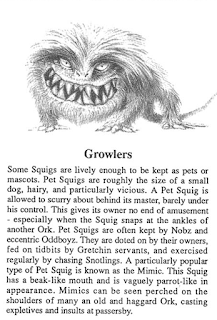 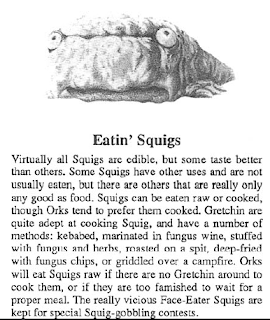 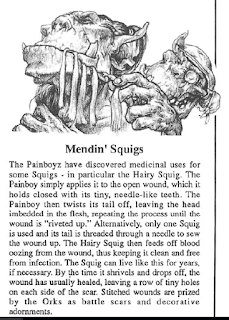 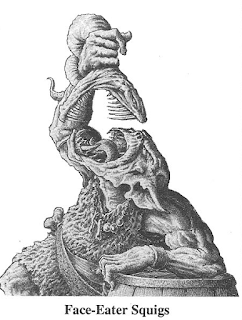 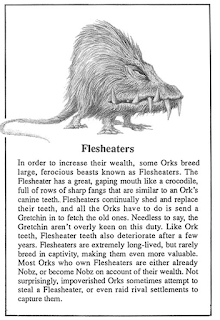 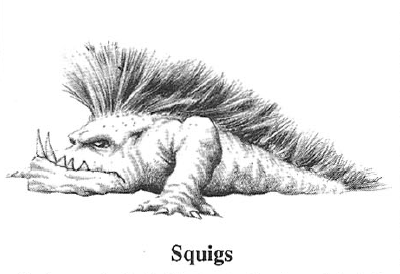 Amongst the models I got there was this fine little Sump spider, so I quickly took my hair dryer to give it a better shape et voilà ! 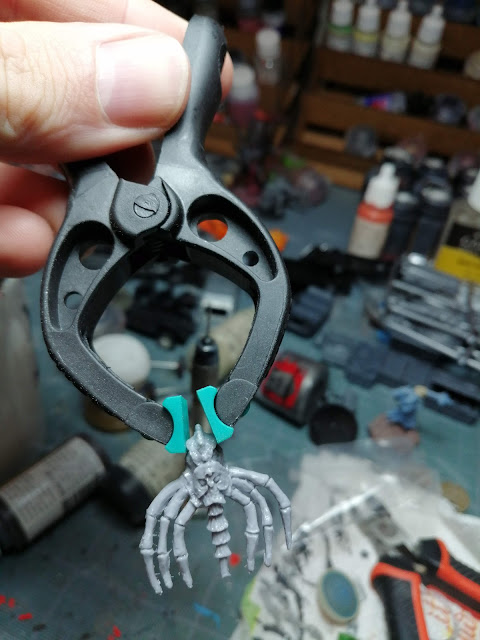 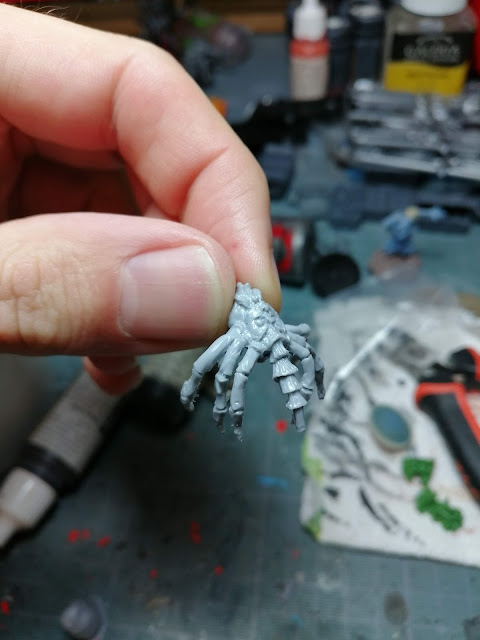 So here's a first group with the sump spider, a Jelly and a private resculpt of an old grabber/slasher 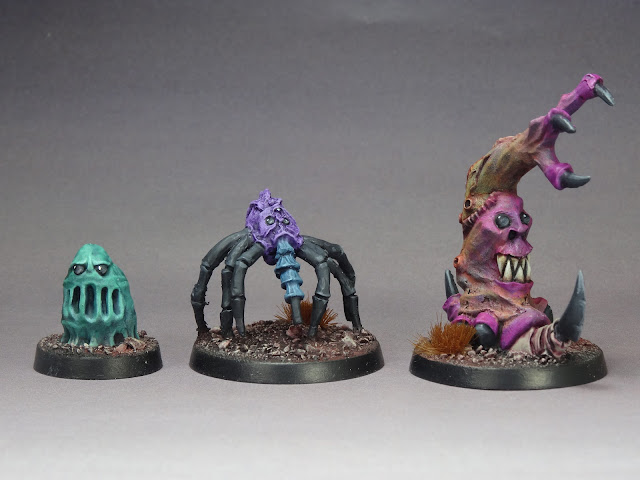 Next are two Warmonger orc creatures I got at the Foundry a few years ago, being sculpted by Kev Adams, they seemed like an obvious pair to add to the group ! 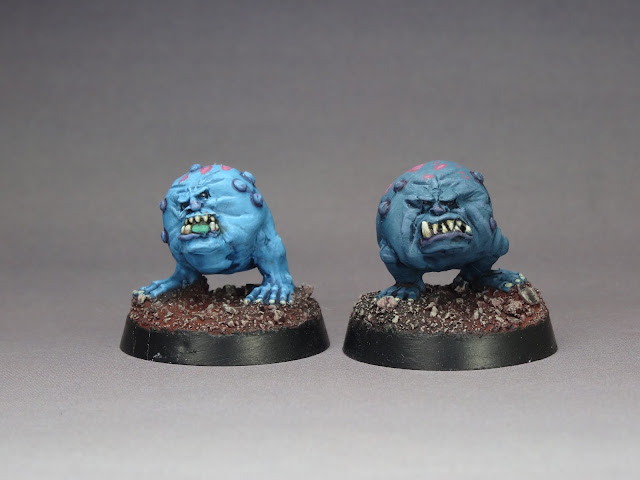 And now the proper original space squigs ! Those are absolute beauties and a wonder to paint, the legend says they were just by products from Kev not wanting to waste putty left overs, I don't know if it's true or not but I just find they're absolute gems ! 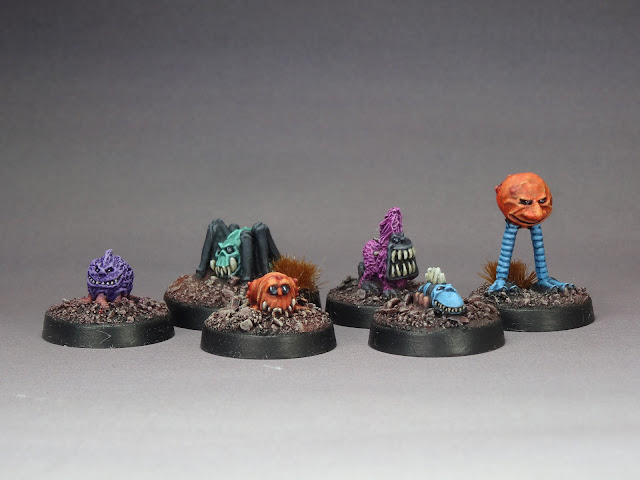 In game terms I don't know how I'm gonna use them yet since I've decided to base individually but just as annoying critters in their masters' legs they're already a tremendous addition to the look of this force (totally not an army). 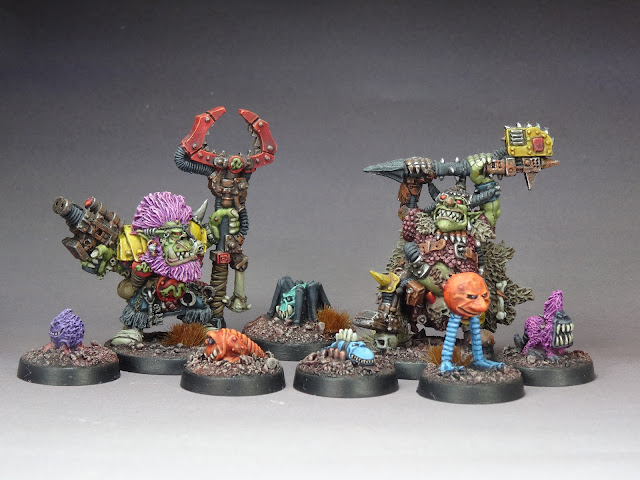 Oh and I came by a pair of wartracks I just couldn't say no to, my orks don't have much in terms of vehicles so I found these would look cool (totally not building an army). 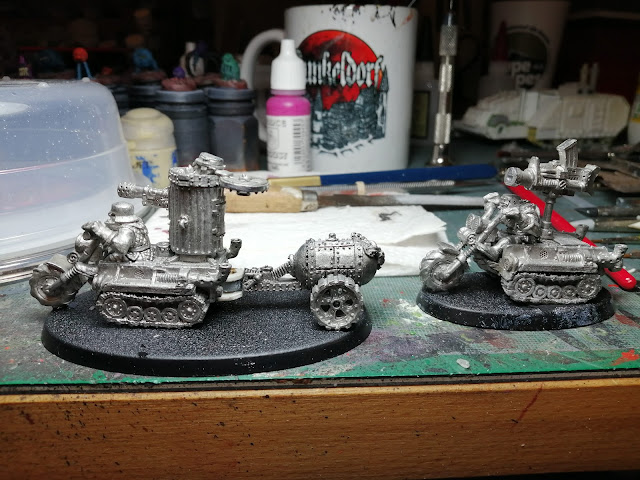 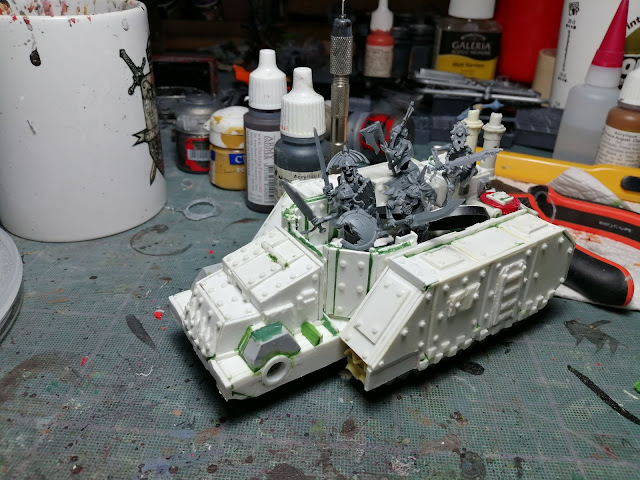 So that's plenty of cool things to look forward to on the ork front !
But there should be some (relatively) bigger things out first !