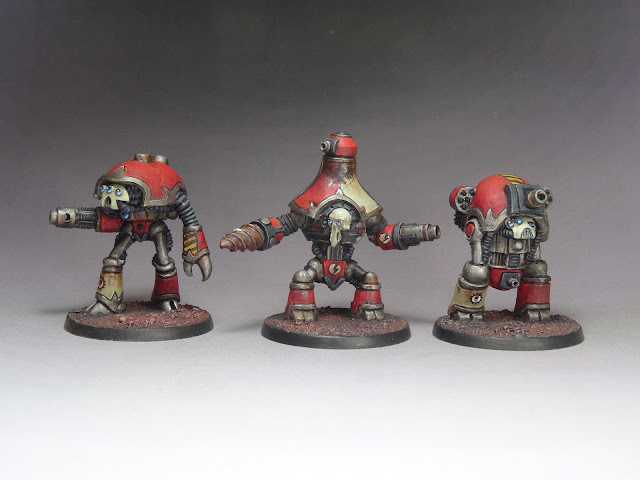 Hi everyone, you might have seen those robots a short while ago in their successful kickstarter by Oldschool Miniatures, well I was lucky to be handed a few to paint !
This is a new collaboration between Oldschool Miniatures and Jason Fairclough from Thunderchild and this time they've decided to scratch therobot itch with a nice oldschool vibe to them !
Now I love these guys because they're all very unique, have a somehow "gothic" feel to them (in the grimdark acceptance of the term) and because they've been designed to fit several scales at once which is quite cool ! 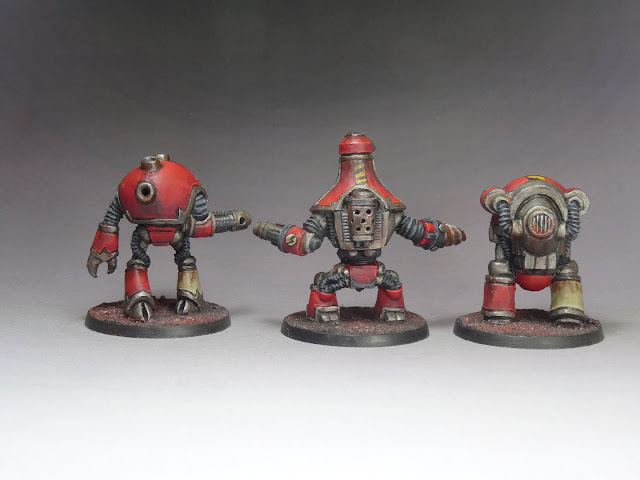 Now of course, being heavily into my titan force right now, I couldn't help but painting them as titans for Epic so I kept the excat same colours as those used on my previous titans. I did weather them a bit more though because their size makes them more akin to Reavers than any other titan. I'll consider them as "count as" revear prototypes (if I ever play this force that is).
I think with they fit just right in amongst the other guys and with some of the old knights around they'll be even better ! 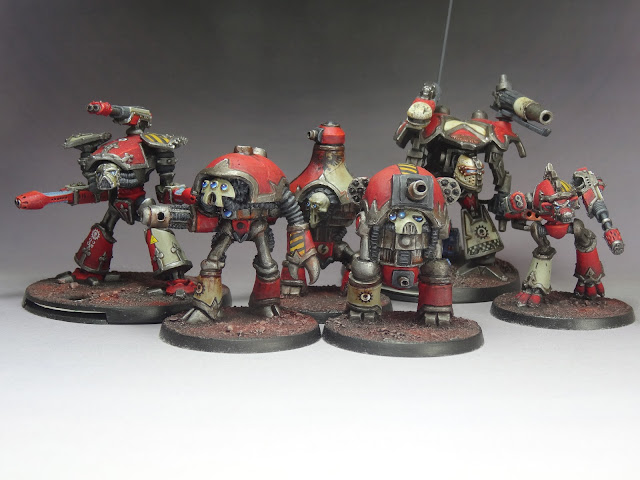 Now since they're not associtaed to any particular setting, why not count them as mechs ? right ? Seems fine to me ! 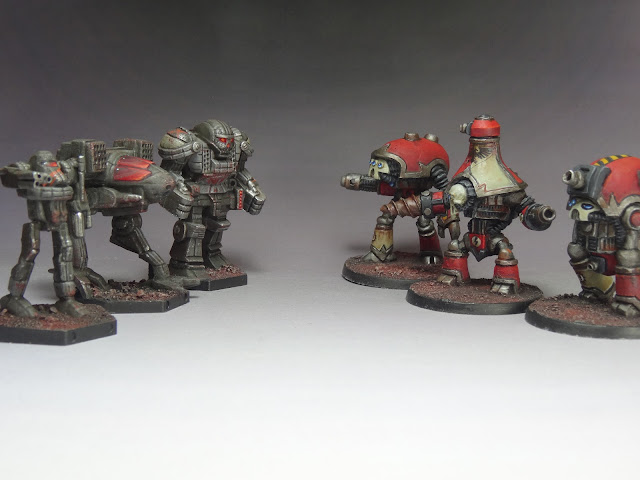 And the best thing is that they can be excellent robots for 28mm scale games as well ! 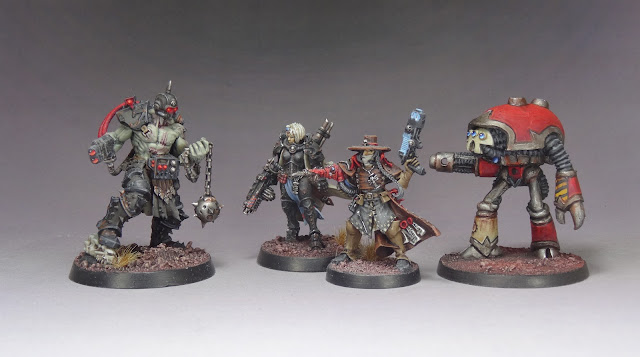 I'm quite pleased with those guys, Jason's designs are always really imaginative and characterful and they paint themselves so that's a big bonus !
While the Kickstarter is over, you can still get them at pledge price on the store so go take a look at those and the others available !
Publié par Asslessman