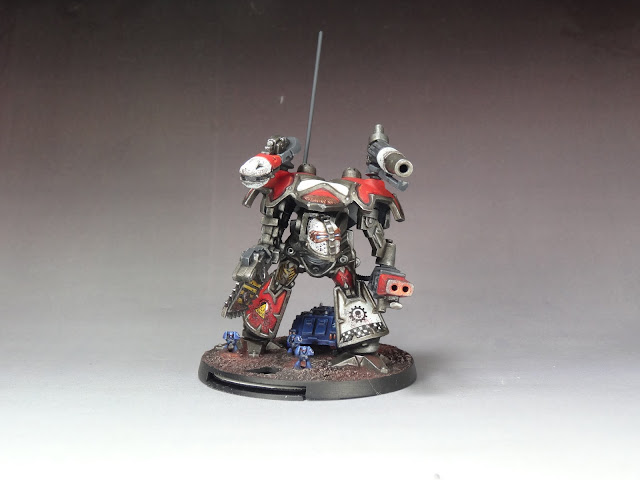 So this is March, month of Mars, like in the God. So what better month to paint titans ? None, that's right.
Now I've had the will to paint in a different scale for quite a while but like all the good plans and bright ideas, I've always postponed it because of better newer projects.
That was before my friend the ever incredible Mr Saturday offered me a plastic warlord titan in pristine condition to put my brushes where my mouth was... Well, I actually do put my brushes in my mouth quite a lot... you see what I mean though. Right ? 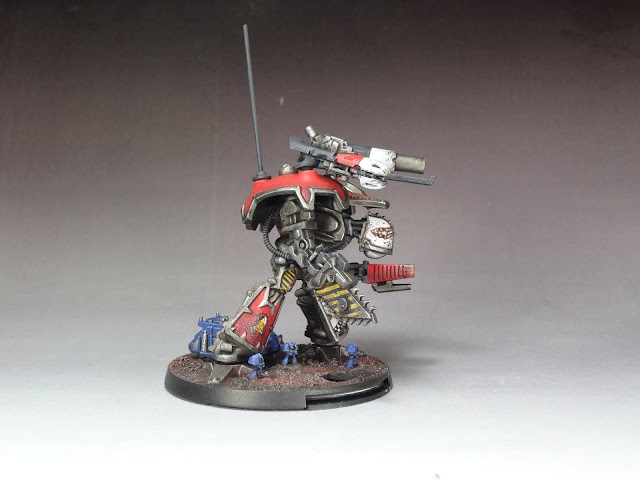 I actually modified the titan a bit, giving it cables to feed the arm weapons and turning its neck on the side and replacing its square neck with cables and fancier stuff. 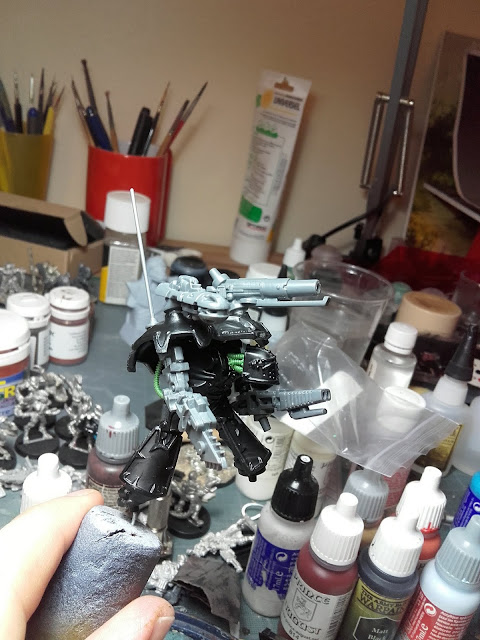 I also wanted the base to be quite fun, like a mini diorama since the model will very unlikely be used to play (I do NOT intend to start an army or any Epic project, ooooh no, I don't...) I was kindly offered a few bits to decorate my base in the form of a few marines and a rhino. 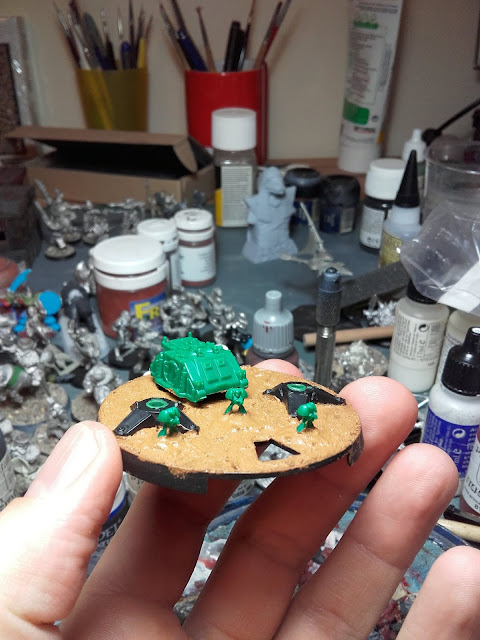 You might have noticed I've opted for a rather worn out and weathered look, because I don't think I've seen many like that and because I thought it looked cool ! 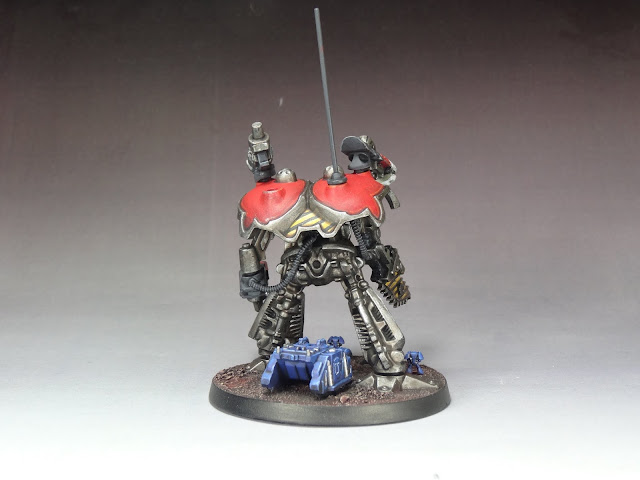 Of course, I simply cannot dissociate those big robots from the fantastic illustrations from Tony Hough : 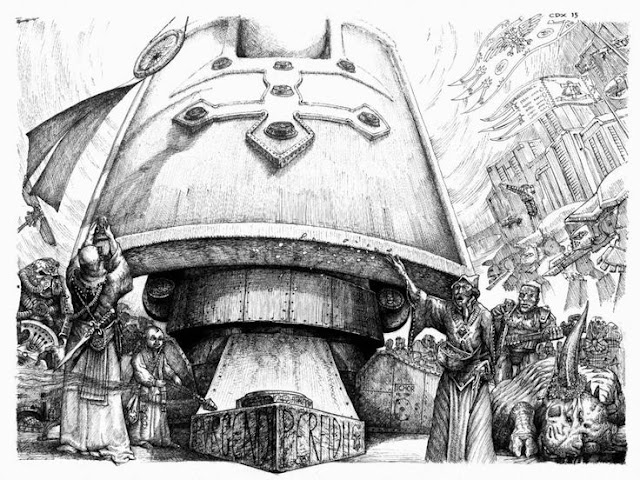 I finally decided I didn't want a banner but like often, I'm still unsure, Maybe I could try one and see how it looks, I'm always afraid to overdo things a tad and go ridiculous. On a giant beetle shaped robot painted in red yes... 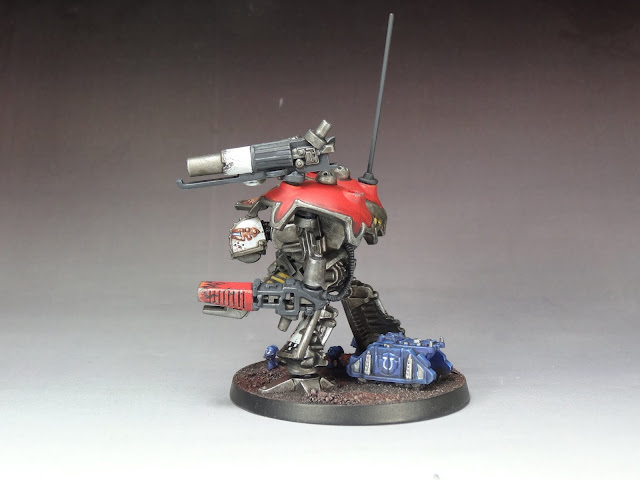 I know I said I didn't want to get involved more than with one model in Epic, I know, I'm super serious about it. But just look at this... 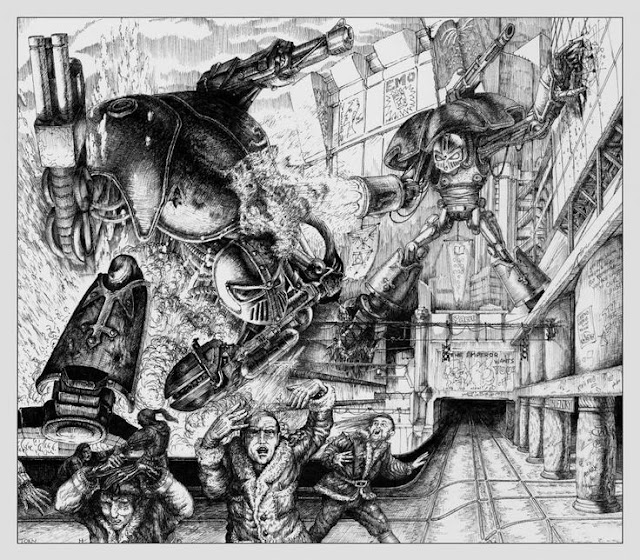 Oh and of course I've kept the base fully functionnal... 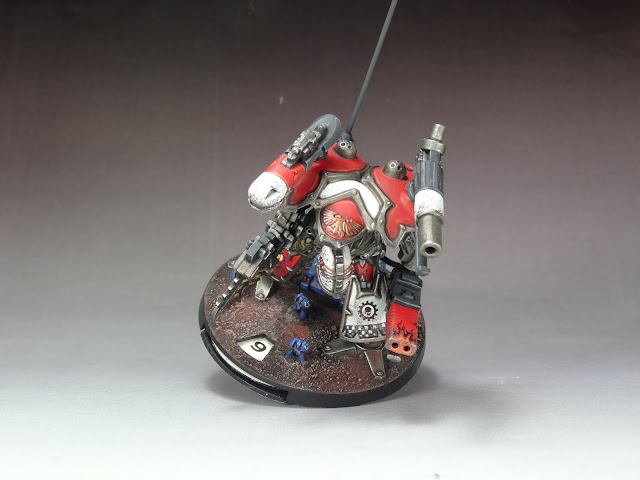 Aaaaaanywaaaaaayyyy, I'm really glad I made this one, and finally painted something else than what I usually do. The process was quite peculiar and I was missing some references since I usally paint in autopilot mode but it was actually a very interesting and rewarding experience, I'm eager to try it on a bigger scale like 54mm stuff now.
Publié par Asslessman